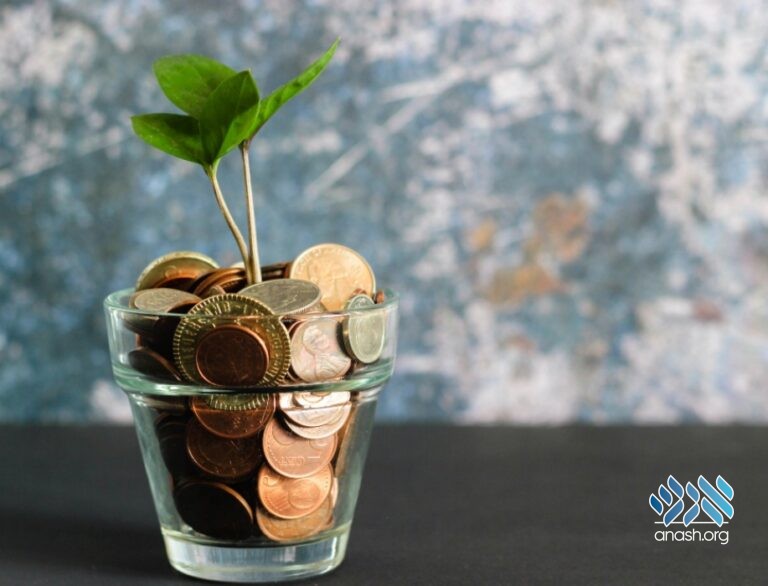 Motzei Shabbos Story: A destitute businessman approached the Apter Rov, telling him that he had only one coin left to his name. The Apter Rov told him to accept the first business proposition presented to him…

A businessman, whose affairs had gone downhill, came to see his rebbe, Rabbi Avraham Yehoshua Heshel of Apta. His daughter was of marriageable age, he explained, and he could not see how he would come up with the dowry needed to marry her off.

The rebbe asked him how much money he had on him.

“My pockets are practically empty,” the man replied. “I only have one coin left.”

“Go home,” the rebbe advised, “and accept the first business proposition which presents itself to you. Through it, you will obtain the means to marry off your daughter.”

The man headed home, wondering how he would possibly procure such a sum with only a single coin to invest.

On his way, he stopped at an inn where he happened to observe a group of diamond merchants discussing business. One turned to him and asked, “Why are you looking at us? Would you like to buy a diamond?”

Remembering that the rebbe had told him to accept the first business proposal he received, he said yes. When the merchant asked how much the man was able to spend, he proffered his single coin, which was all he had. The diamond merchant began to laugh. “With one coin, he thinks he can buy a diamond!”

“You know what,” he said, “I do have something I can sell you for that amount. I can sell you my olam habah—my place in the World to Come—for a ruble.”

A contract was written up, and all the assembled merchants had a good laugh.

When the diamond merchant arrived home and told his wife the humorous story his wife was less than pleased. “Why would I remain married to someone without a place in the World to Come?!” she fumed. “Who will I be with there?

“If you have no olam habah, divorce me,” she said. “If you wish to remain married, go right back to that man and reclaim your olam habah.”

So he went back to the inn where he found the destitute chassid.

“I’ll give you back your coin if you give me back the contract,” he offered. “Let’s arrange a refund.”

“OK, I’ll give you more than what you paid, just give me back my portion in the World to Come!”

“One thousand coins,” the man finally replied, based on the rebbe’s promise that this transaction would procure the funds he needed for his daughter’s wedding. He explained as much to the desperate mechant standing in front of him.

The merchant tried bargaining, but to no avail. The chassid stuck to his guns. The sum was delivered and the contract annulled, restoring the merchant’s share in the World to Come.

A while later, the merchant’s wife came to see the Rebbe of Apta.

“Is it true that my husband’s olam habah was worth one thosand coins?! Was such a great share of olam haba awaiting him? Or was it worth the single coin it was originally bought for?”

The rebbe responded using her phrasing: “When your husband sold it, his olam habah was truly only worth one coin. But, when he bought it back through giving the other man the money he needed to marry off his daughter, his olam habah absolutely became worth one thousand coins—if not more.”

How much is our olam habah worth? What can we do to increase it? Do we follow the instructions of our sages, even when it doesn’t necessarily seem sensible to us at the moment? Do we possess full trust that the outcome will be as good as we are assured?

(Adapted from Tzaddikim Lemofet, pg. 72.)
Reprinted with permission from Chabad.org