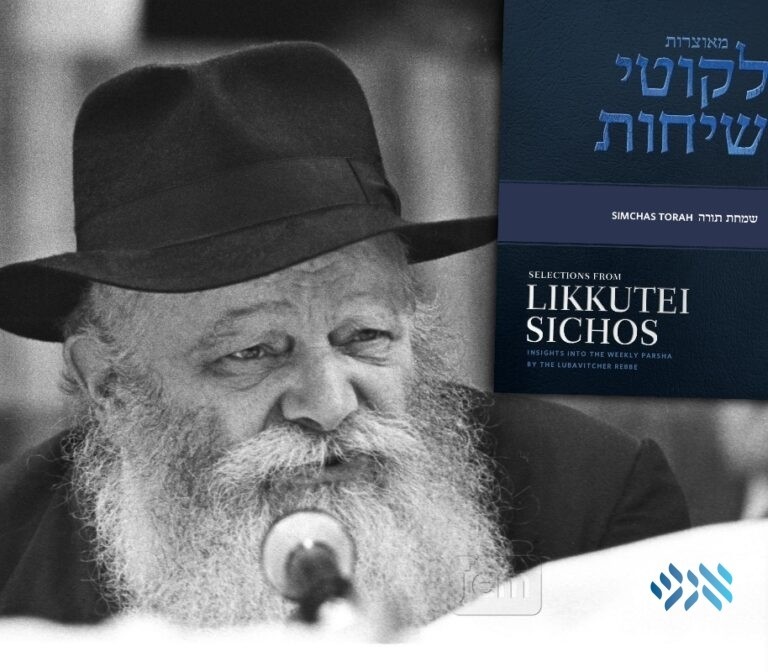 In a remarkable farbrengen on the night of Simchas Torah 5747, the Rebbe spoke about the significance of a Rebbe and the potential for Moshiach to arrive imminently, while cried considerably during the sichos.

As anyone who merited to experience it will attest, Simchas Torah with the Rebbe was an exceptional experience. Indeed, chassidim will recall how on this day the Rebbe’s face shined with extraordinary brightness. The giluyim on the day were exceptional, and they swept the chassidim off to a higher world.

Of the many hours that the Rebbe would spend with the chassidim throughout the Yom Tov, one event stood out as unique. Hakafos on the night of Simchas Torah would begin around 1 AM, and beforehand, while most chassidim were on tahalucha to other neighborhoods, the Rebbe would farbreng with the chassidim who could not go on tahalucha. Those that went on tahalucha would join sometime during the duration of the Farbrengen, usually towards the end. These intimate farbrengens were very special, held in the spirit of Simchas Torah leading up to Hakafos. The Rebbe was very spirited and lively, and the sichos would be deep and enthralling.

Simchas Torah 5747 (1986) was no different. The Rebbe watched the Chassidim depart on tahalucha from the front of 770, and the farbrengen began at 9:00. The farbrengen was remarkable, and the sichos were exceptional. Speaking about the significance of a Rebbe and the potential for Mashiach to arrive imminently, the Rebbe cried considerably during the sichos. While niggunim were sung, the Rebbe clapped strongly on the table and waved his arms, encouraging the joyous atmosphere.

The third Sicha of this unforgettable farbrengen stood out. In it, the Rebbe posed the question, why does the Torah conclude with relating to us how Moshe broke the luchos after the sin of the golden calf. Is there no greater praise that could be found for Moshe? He led us out of Mitzrayim, directed us through the sea, and guided us in the desert, and yet the Torah concludes with how he broke the luchos.

As the Rebbe explained how breaking the luchos was the ultimate act of self-sacrifice for Moshe — and therefore his greatest praise — the Rebbe’s face was aflame and the Rebbe wept profusely. Describing how Moshe destroyed the handiwork of Hashem to save his beloved nation, the Rebbe could not continue speaking as he was overcome with tears.

The next year, this Sicha was edited by the Rebbe and incorporated into Likkutei Sichos, perpetuating the powerful and relevant message conveyed at the farbrengen. This year, in honor of Simchas Torah, Sichos in English has translated the Sicha, making it available as an excerpt from the upcoming Devarim volume of Selections from Likkutei Sichos.

With wishes for a joyous and uplifting yom tov.