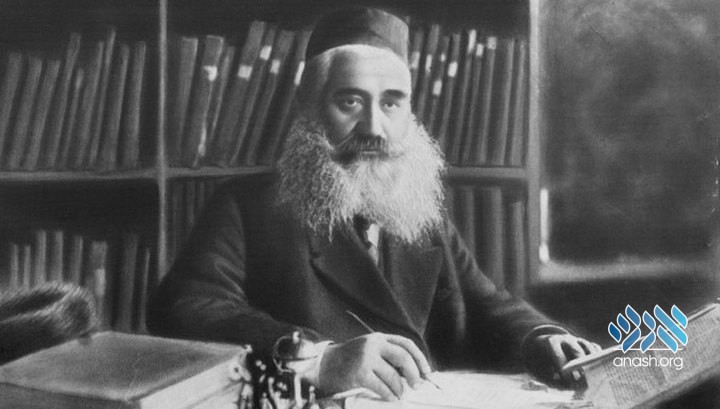 25 Nissan is the yahrtzeit of Rav Shmaryahu Yehuda Leib Medalie, HY”D, rov of Vitebsk, Karelevitz, Tula, and Moscow, who was killed in 5698/1938 for spreading Yiddishkeit.

25 Nissan is the yahrtzeit of Rav Shmaryahu Yehuda Leib Medalie, HY”D, rov of Vitebsk, Karelevitz, Tula, and Moscow. He was killed al kiddush Hashem by the Communists for his role in spreading Yiddishkeit in the Soviet Union and encouraging others to do the same.

Born in 5633/1873 to a Chabad family long before the founding of Tomchei Tmimim, he joined the Slabodker Yeshiva. As a bachur, he spent time learning under the Rebbe R’ Shmaryohu Noach of Bobruisk, where he befriended Rav Shlomo Yosef Zevin.

He married Devorah Karasik, daughter of Rav DovBer, the rov of Karelevitz. Soon after, at the age of 25, he began his rabbinic career, first in Tula, and then replacing his shver in Karelevitz.

Rav Shmaryohu Leib was the Rebbe Rashab‘s personal representative to several rabbinic conferences, including Vilna in 5669/1909, Katowice in 5672/1912 and others. At those conferences, he would carry out his shlichus loyally, speaking up no matter how unpopular his opinions were.

He also staunchly defended the Jewish cheder system that was put on “trial” by the Bolsheviks in 5681/1921. Some of the correspondence between the Rebbe Rashab and Reb Shmaryohu Leib can be found in Igros Kodesh of the Rebbe Rashab.

On Yom Kippur of 5697/1936, with the shul packed to the rafters, he spoke out against the regime, and he encouraged all those present to defy the government and their harassment of religion. This was despite the well-known fact that the shul was monitored by informers.

A year later, the KGB came for him. On the 2nd of Shvat 5698/1938, they arrested him and his two sons. He languished in prison for several months, until he was sentenced on the 24th of Nissan.

Like many other Jewish political prisoners, his family was only informed of the circumstances of his death some 25 years later and subsequently, his name was “cleared” of any wrongdoing.

In 5768/2008, his kever was discovered in the Russian village of Kommunarka where many Stalinist victims were buried.

His son Rav Moshe Medalie was the rov in Tula and Rostov and was arrested and exiled to Siberia in 5696/1936. He was then sentenced to death, ultimately being executed around a month after his father.

His son Rav Avrohom Medalie, who was also arrested at that time, spent 17 years in Siberian labor camps, ultimately returning to Leningrad and mentoring many of the young Baalei Teshuvah, most notably Rav Yitzchok Kogan, the “Tzaddik of Leningrad.”

Perhaps the most famous of Rav Shmaryohu Leib’s children was Rav Hillel Medalie, who escaped Russia as a child and served as rov in Leeds, England, Dublin, Ireland and later in Antwerp, Belgium, until his passing on Yom Kippur of 5738/1977.