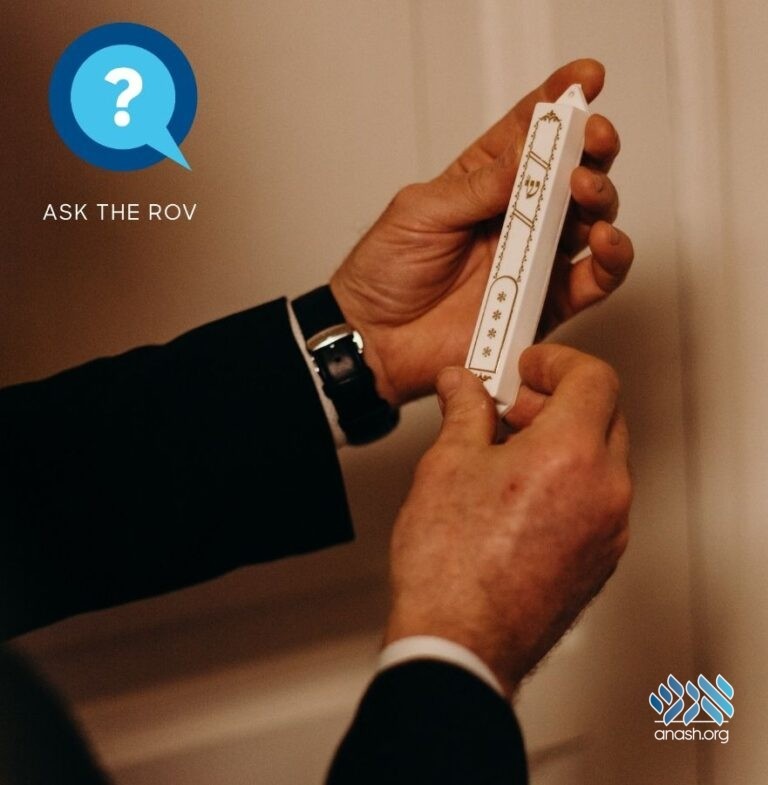 Ask the Rov: What should I look for when buying a case for a mezuzah?

On the outer side of the mezuza scroll, Hashem’s name spelled shin daled yud is written. The Zohar writes that v’haya protects from inside and Hashem’s name protects from outside.1 Some Rishonim understand that it should be aligned with v’haya, while others place it opposite the space between shema and v’haya. In practice, Sefardim follow the first view and Ashkenazim follow the second.2

This particular name of Hashem was chosen since it is an acronym for shomer dalsos Yisroel (“Guardian of the doors of the Jews”).3 If it is missing or rubbed out, the mezuza is still kosher.4

Rishonim write that one should leave a hole in the case, so the shin remains visible, though it is recommended to cover the hole with glass (or plastic) to prevent the letters from getting rubbed out when people touch and kiss the mezuza.6 Moreover, it is improper to touch the holy scroll unnecessarily.7

When the mezuza is in a location where some aren’t always dressed tznius, it should be in an opaque case. Even when a double covering is required for seforim, some hold that one opaque cover is sufficient for a mezuza, since it is a part of the structure. The Alter Rebbe rules one may be lenient.8

The Baal Shem Tov noted that a mezuza case should not be made of metal, since metal is used to shorten life and a mezuza is meant to lengthen one’s life.9 The Rebbe is quoted as having said in the years 5702-5703 that according to Kabbalah, a mezuza shouldn’t be in any [hard] case, rather it should be wrapped in paper or plastic, and this is what they did in 770.10 However, this is not the widespread practice.

The Rebbe writes it is customary for the shin printed on mezuza cases to be approximately aligned with shin written on the outside of the scroll.11