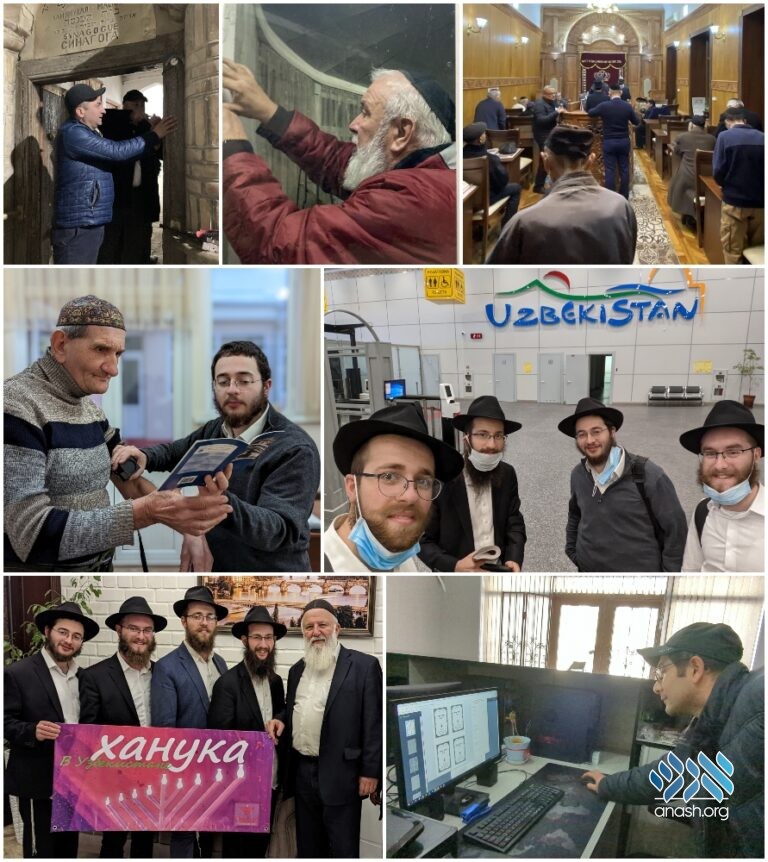 In recent months, American bochurim have been traveling to cities in Uzbekistan, bringing the light of Yiddishkeit to cities that once were centers of Torah, but are now almost desolate of Yidden.

Uzbekistan. For most of us, the mere mention of the place would probably generate a mental image of a Jewish community long gone. If you were asked about it, you might have ventured that there hasn’t been a significant Jewish presence there for at least seventy years!

But Uzbekistan is far from desolate of Jews. For Pesach 5781/2021, two American Bochurim went there to spend the holiday with the local Jewish community.

“With the help of the Bucharian Congress, we had a Seder in Samarkand with over 50 Jews, and made 3 Bar Mitzvahs in Tashkent a few days after Pesach” said Levi Parnas, reflecting on that first trip.

This past Chanukah, Parnas returned to Uzbekistan with 3 other Bochurim. Two of them flew to the northern parts of the country – Tashkent, Ferragana, and Kokond, while the other two worked in the south – Samarkand, Buchara, and Jisach. In all these places they met with tremendous hatzlacha.

Tens of Chanukah parties were made for Jewish communities who hadn’t seen a religious Jew in decades. The excitement was palpable, as joyus songs and words of Torah were shared – and the Jews of Uzbekistan soaked it up like much needed water. Many homes were visited, and numerous mezuzos were placed in the doorways of these homes. The bochurim even made a few events especially for children.

Over 500 Jews were touched this past Chanukah in Uzbekistan. One of the highlights of the trip having a Tanya printed for the first time in the city of Ferragana.

The spark of Judaism in Uzbekistan is glowing, and steadily beginning to grow.

“With the Aibishter’s help, it will become another robust flame of kedusha in another long-forgotten corner of the world,” Parnas said.