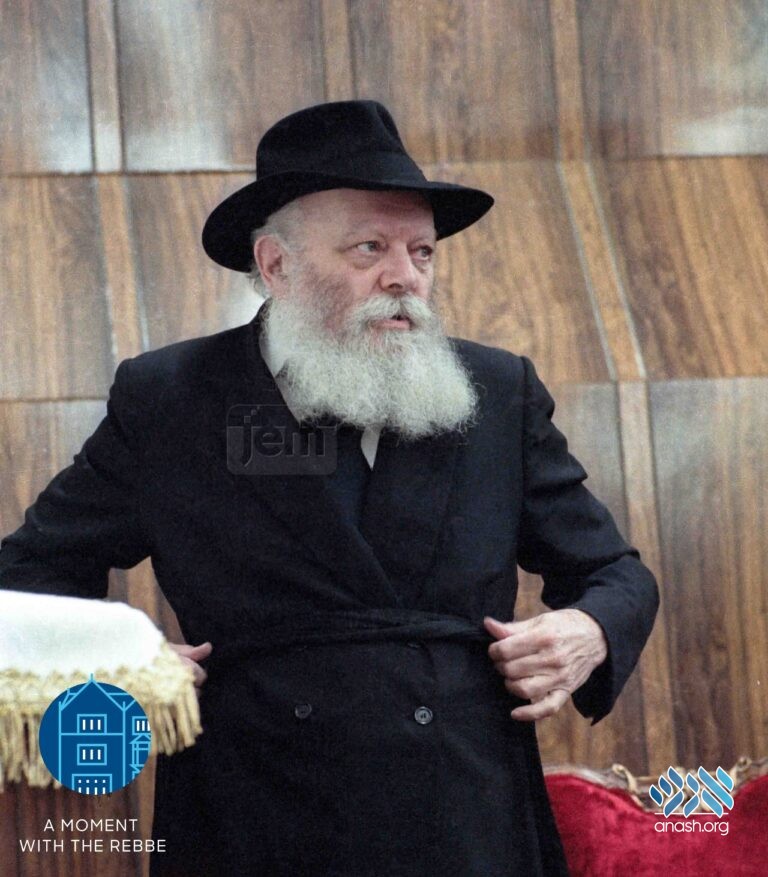 When a childless Satmar chossid came to the Rebbe for a bracha, he shared a question that the Satmar Rebbe had recently asked. But the Rebbe had a different question.

A Satmar chossid who was childless would ask his Rebbe for a bracha year after year. One year, to his utter shock, his Rebbe sent him to the Lubavitcher Rebbe.

He arranged a yechidus for four in the morning, when he felt it sufficiently discreet, and he came with his wife. At the yechidus, the Rebbe bestowed a bracha with warmth, and referred him to a specific doctor, who eventually assisted him in building a beautiful family.

As he turned to leave the yechidus, the Rebbe called him back, “There was yahrtzeit recently in Satmar,” the Rebbe said, “please share what the Satmar Rebbe spoke about.”

After some prodding, he recounted that the Satmar Rebbe had discussed the Gemara’s statement (Chagiga 26a) that Jewish sinners are filled with mitzvos. The Satmar Rebbe had asked, if they are sinners, how could they possess so many mitzvos?

Suddenly he saw that the Rebbe had turned pale and trembled slightly. The chossid now regretted what he had said.

The Rebbe then spoke. “I also learned the Gemara in Chagiga, but I had a different question: If they are full of mitzvos, why are they called sinners?”

(As Reb Chayim Meir Bukiet heard it from the Satmar chossid; Hiskashrus, Issue 497)