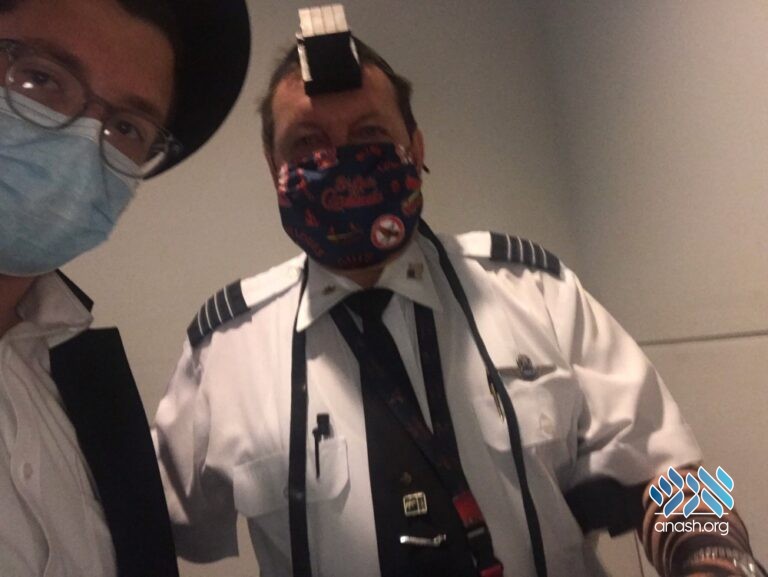 After visiting the Rebbe’s Ohel for his birthday, bochur Sholom Deren realized he had just over an hour to make his flight. But a deflated airplane wheel allowed him to catch his flight, and “catch” an extra mitzva as well.

Last week Friday I went to the Ohel from Yeshiva in Detroit for my birthday, it was a ‘in and out’ kinda trip.
I got to NYC 6:00 pm on Thursday and I left 8:30 AM the next morning.

On Friday morning, I woke up at 4:30 AM and I started getting ready to go in to the Ohel. After preparing myself, I went into the Ohel not knowing what time it was. When I came out, there was only an hour and 10 minutes to my flight, and I hade a 40 minute Uber ride to take.

I got to the airport and everything was rushed, I got to the gate less then 20 minutes to the flight, 5 minutes before the gates closed.

But, to my surprise, the gate was packed and the plane had not yet started to board. I found out that the reason was because of a deflated wheel.

When we finally got on the plane, it was a smooth flight, and we landed normally back in Detroit, Baruch Hashem.

As everyone was leaving the plane the pilot wished each passenger a ‘good day’. As I was leaving he said to me ‘Shalom’ (- hi, which is also my name). I answered him back and asked him if he was Jewish.

Do you want to put on tefillin?

The pilot brought me to his side lounge/room near the gate. After we walked in a lady came in, and with the pilot’s back to the door, she only saw me and asked that I leave. After the pilot turned around, she apologized and left herself…

Right there in the airport, I got ready to help the pilot put on Tefillin. He told me that he had never done this before, so I wished him Mazal Tov! I gave him a yarmulka, asking him if he knows what it is. He told me that he has one at home that he wore by the Kosel when he went. Yet, surprisingly, no one stopped him there for Tefillin..

After we had put on Tefillin and were done saying Shema, he told me that today was his birthday. Surprised, I told him that to day is my birthday as well! We took a picture together with him in the Tefillin, after which he thanked me and parted.

Looking back at the day, the hashgacha protis was too clear to miss. The airplane wheel deflated, so I can meet a Jew, and give him the chance to put on Tefillin for the first time, not only on my birthday, (right after coming from the Ohel,) but also on his birthday!