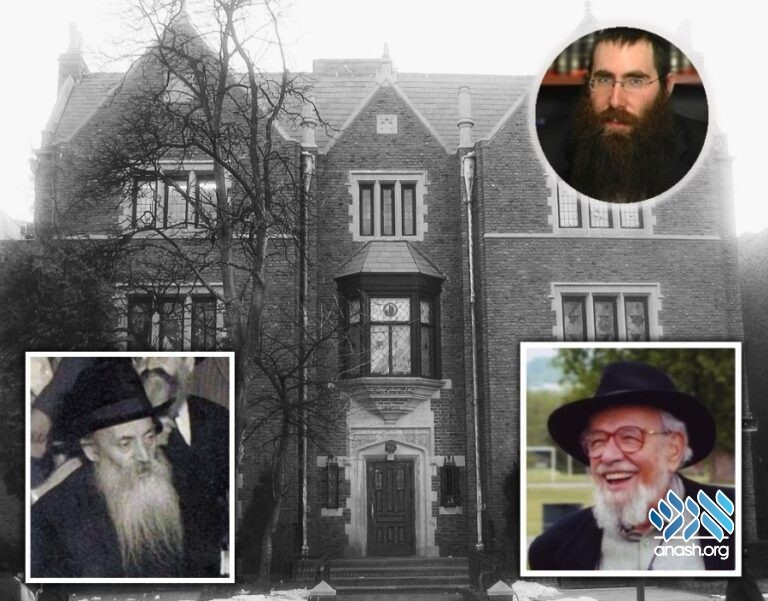 At a farbrengen 80 years ago, a young Zalman Schachter challenged the venerable mashpia R’ Shmuel Levitin to share with his listeners his own struggles. Rabbi Chaim Chazan of Dnieper, Ukraine, takes a lesson for us.

At times it’s worthwhile to spell out basic and obvious points not merely to inspire youth, but to serve as a reminder.

The sefer Chovos Halevavos, or Duties of the Heart, as the name implies, was written to call attention to the fact that in addition to Torah’s behavioral instructions, Yiddishkeit mandates deep inner work and transformation. Aspects such as emunah, values, yiras shomayim, commitment, hashkafa, davening, enthusiasm and joy are “duties of the heart” and mind. Indeed, several chapters of Tanya are dedicated to the interplay between action and inspiration as the motor propelling action. Although action is ultimately the supreme way to fulfill Hashem’s desire to have a dira betachtonim, the primary area where Chassidus impacts a person is in their inner world and motivation.

I once ended up in a “Barnes and Nobles” bookstore. Naturally, I gravitated to the religion section and perused the poor selection of Jewish books. One book that I opened was by a Jewish Renewal Neo Chasiddic type of “rabbi” whose name I can’t recall. The author transcribed an anecdote that he heard from his teacher Zalman Schachter who studied in 770 in the 5700s (1940s) and later, unfortunately, went astray.

At a farbrengen attended by the temimim who had studied in the original Tomchei Temimim in Lubavitch present in the US at the time led by the senior mashpia R’ Shmuel Levitin, the young bochur Zalman dared to let his voice be heard. How can R’ Shmuel expect bochurim to daven b’avodah if he never shares what he goes through under the tallis?

R’ Shmuel replied that davening is a personal experience and it’s not relevant to one person what another person experiences. The other Chassidim in attendance such as R’ Elya Simpson, R’ Yisroel Jacobson and R’ Yochonon Gordon were appalled by the young bochur’s brazenness and attempted to silence him. But R’ Avraham Pariz, then in the States, supported Zalman’s claim: How will bochurim know what davening is if they are never told?

I see merit in both sides of the argument, but for our purpose the story demonstrates the axiom that the playing field of davening or practical Chassidus is “under the tallis” unique to the particular individual, undetectable to someone else.

As a result of Chassidus’s emphasis on inwardness, a chossid develops an internal engine and compass that motivates and guides him. He has skin in the game and a personal agenda for what he seeks to accomplish and is less influenced by the expectations of society around him.

It has been said that Chassidim say l’chaim on alcohol because it is impervious to its surroundings and doesn’t freeze in low temperatures. Likewise, a chossid knows what he is out to get done and the prevailing atmosphere is not significant to him.

As a Chabad chossid living in a frum neighborhood in Yerushalayim, R’ Zelig Feldman once observed that in his experience, the externals of both Chabad chassidim and Poilisher chassidim are misleading.

When he first observes a Poilisher chossid with his shtreimel and long peyos he is sure that before him stands a refined pious individual. But when he gets to know him, he is often disappointed when he discover some unsavory behavior. Whereas when he sees an earnest Lubavitcher chossid, the first impression isn’t as striking. But the more he delves, the more impressed he becomes.

To my mind, looking at Yidden from the Rebbe’s perspective allows one to appreciate that all Yidden, not only Chabad Chassidim, have hidden depth which often catches one by surprise. The point is that a person is not a display case. What we see in a genuine chossid is merely the tip of an iceberg which clues one in that beneath the surface lies a far larger mass of ice.

Harav Heller once shared that at some point in the 5740s (1980s) the Rebbe insinuated that he doesn’t view fasting “BeHaB” favorably. BeHaB are a series of three fasts after yomim tovim – Monday, Thursday and Monday – which are mentioned in Shulchan Aruch. The Rebbe publicly observed these fasts and Maariv would be held earlier than usual on those days so the Rebbe could break his fast.

However, in order to cease a positive custom halachically one must be matir neder. As a member of the Crown Heights Beis Din Harav Heller recalled being approached by many who no one knew or imagined had been accustomed to fasting to be matir their neder. He recalled being taken aback how many people had done this chumra without any fanfare.

As is well known, the Alter Rebbe introduced an improved knife for shechita. His grandson the Tzemach Tzedek said one should have mesirus nefesh for chassidishe shechita (with the new knife). For this reason, in smaller communities that couldn’t afford a separate rov and shochet for Chassidim, chassidim preferred for the shochet to be a chossid rather than the rov.

During the times of the Tzemach Tzedek, a small town was hiring a new shochet. The chassidim attempted to fill the position with a chossid, but the misnagdim objected. At a meeting about the topic, the misnagidishe rov remarked that there is no reason to take the chassidim’s desire into account because they are merely a group of ignoramuses. A chassidishe melamed present challenged the rov.

On the table where the meeting was held was a Maharsha, which in those days was printed separately from the Gemara in its own sefer. The melamed opened the Maharsha at random and asked the rov to explain what was written. The rov said in order to understand the Maharsha you need to first know the Gemara and the Tosefos. The melamed said “so teach us the background.” The rov replied, “I would need a Gemara”. The melamed proceeded to orally outline the Gemara and the Tosefos and then explained the Maharsha. He did the same several more times until the crowd was sufficiently convinced that chassidim also know how to learn, and chassidim were successful in bringing a Chassidishe shochet.

Subsequently, back in the chassidishe shtiebel, the Chassidim held a farbrengen in celebration of the positive turn of events. Wary of public displays of piousness and scholarship, they took the melamed to task for showing off his learning. The melamed replied, “Didn’t the Rebbe say one must have mesirus nefesh for chassidishe shechita?” For decades, this chossid had kept his erudition out of sight. To reveal himself was seen by him as ultimate mesirus nefesh.

In our times when every Yid is a shliach to improve his surroundings and serve as an example for others around, the Rebbe discouraged hiding, to allow others to see what is possible. The Rebbe quoted the Rashba that “mefarsemim osey mitzva,” we publicize the names of those who do mitzvos, and he explained that it is to encourage others to follow suit. At the same time, a chossid must continue to have a deep relationship with Hashem and an inner world and drive that propels and motivates him.