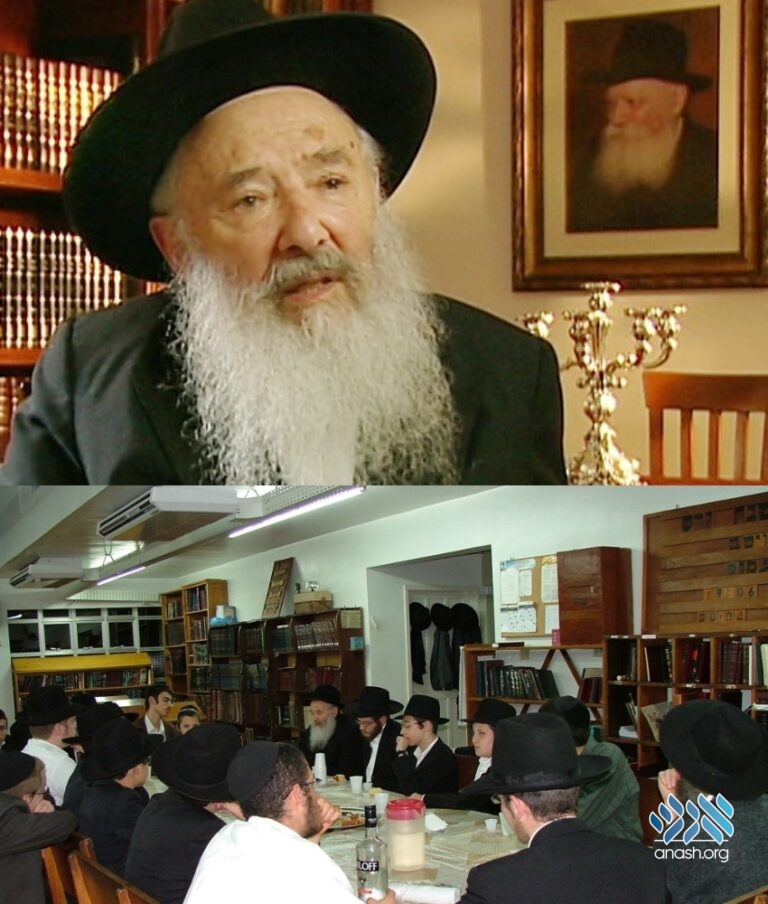 Rabbi Chaim Binyamini established the first Yeshiva in Brazil. In 1987, while attending the Kinus Hashluchim in New York the Rebbe made a cryptic remark regarding “the fifteen years that we haven’t seen each other.“

Rabbi Chaim Binyamini established Yeshiva Machane Israel in 1966 and stood at its helm until 2008. He was interviewed in March of 2009 and passed away in October 2021.

After experiencing the horrors of the Holocaust, by the kindness of G-d, I arrived in the Land of Israel in 1945. I soon joined Kibbutz Yavneh, where I managed to combine farmwork and guard duty with Torah study.

At a certain point, I was approached by the Jewish Agency’s Department of Torah Education with an offer to serve as the head of a yeshivah in Rio de Janeiro, Brazil. Initially, I balked at the idea of leaving Israel, but I consulted a few rabbis who advised me to accept.

My wife and I reached the shores of Brazil in 1954, but when I asked the locals who came to greet us about the location of the yeshivah, they were perplexed. “A yeshivah in Rio? What are you talking about?” It seemed there had been a miscommunication; an institution devoted to full-time Torah study did not yet exist in Brazil.

I hurriedly sent word back to the Jewish Agency, only to receive their reply: “Since you’re already there, try to do what you can for the community for the agreed upon two years.”

One day, my wife and I went for a walk. As we conversed in Hebrew, a local Jewish boy overheard and took interest in us. He became the founding member of a Hebrew study group that eventually led to the opening of the “Bar-Ilan” school. After three years in Rio, we had some 600 students.

In 1959, back in Israel, I became the administrator of a farm for training young immigrants in the agricultural settlement of Shafir. While there, I got in trouble for teaching Torah subjects to the students. Concerned, the head of the local council suggested I reach out to a certain tzaddik, “a righteous man in New York” who could be consulted on such matters. After writing to this tzaddik, the Rebbe, I received a letter back from him, advising me that if I kept on teaching in a peaceful and pleasant manner, nobody would bother me. That communication turned out to be the first of many.

My connection with the Rebbe and Chabad grew stronger over the following years. In 1963, it even cost me my job at a different institution — some people didn’t approve of my connection to a chasidic sect like Chabad — but just when that happened, I got a phone call from the Jewish agency: They wanted me to come back to Bar-Ilan in Rio de Janeiro.

In the six years since we had left, the school’s spiritual state had declined dramatically. Although it was a religious school, most students did not hail from observant homes. Every weekend, when they went home, it was as if all the school’s educational achievements were undone. Without a real yeshivah, I realized, it would be difficult to effect any lasting change.

And so, in 1966, Yeshiva Machane Israel was founded in Petropolis — an old town in the mountains near Rio that had once been a holiday spot for the Brazilian monarchy — with twenty students from across the country.

That same year, I traveled to the Rebbe for the first time, and participated in a public farbrengen. I was seated at the main dais, and when the Rebbe called on any shluchim, or emissaries, who were present to say “L’chaim,” he turned to me with a big smile and said, “You are also a shliach!”

Our mission to Brazil on behalf of the Jewish Agency ended later that year, but when the Rebbe instructed me to stay on “at least until the yeshivah is secure,” I went right back. At first, my wife and younger son came along too, while our older daughters stayed in Israel, but this proved difficult for my wife, so she went back, while I stayed on with the students. I finally returned to Israel two years after that.

A few more years passed, and then there was another phone call, this time from the community in Brazil: “Are you just going to let the yeshivah fall apart?” They also reached out to the Rebbe, who told me that I should consult my friends to make a decision. I turned to some respected chasidim in Israel, and they all thought that I should go back.

Before making our third trip to Brazil, we went to the Rebbe. “Nobody thought that you would have to go back,” he conceded, “but it seems that there is still more work left for you to do there.” The yeshivah continued to grow and the students even began studying the teachings of Chassidut and engaging in Jewish outreach across the country.

The need for a parallel institution for girls soon became apparent. The Rebbe stipulated that the two schools be in two different cities, and so the Machane Israel Seminary was founded in nearby Teresopolis. My wife ran the seminary, and she spent all week there with the students. It was hard work, but we are proud to say that there have been at least fifty marriages between the graduates of these two schools, and now many of those families are sending their own children to study there.

Along with the success, we also faced plenty of opposition in establishing these schools, including from some of the local Jews. In one audience with the Rebbe, my wife exclaimed, “Why is everything so difficult?”

The Rebbe replied: “Since you are fighting assimilation, the forces of negativity are trying to fight back. It is like a candle; just before a flame goes out, it suddenly starts to sputter and jump. It’s not a reason to be dismayed, but to do even more.”

1987 was a “Hakhel” year, commemorating the once-in-seven-year gathering of the Jewish people during Temple times, and I went to New York to participate in the first International Conference of Shluchim. At one point, while distributing copies of a recently published discourse of his, the Rebbe made a cryptic remark. Handing me an extra copy, he said, “This is for the fifteen years that we haven’t seen each other.”

I was taken aback: Hadn’t I visited the Rebbe many times over the past fifteen years? After searching for an adequate explanation and failing to find one, I decided to ask the Rebbe directly. “My comment about not seeing each other,” he wrote in his reply, “follows my recent talks on Hakhel….”

The Rebbe explained that although I had visited him many times over the past fifteen years — two complete Hakhel cycles — I had never actually seen him on a Hakhel year since becoming a chasid. He wrote that he was pleased that I had broken this pattern and that a third Hakhel hadn’t passed without us seeing each other.

Over the years, I received over 150 letters from the Rebbe containing his guidance, blessings, and encouragement. The rabbis in Brazil — none of whom were from there — used to tell me that “hair would grow on the palm of my hand” before there would be a yeshivah in Brazil. But thank G-d, we saw the fulfillment of the Rebbe’s blessings; there isn’t any hair on my palms, but there are three yeshivot in Brazil, with thousands of graduates, over forty of whom serve as rabbis and shluchim throughout the country.