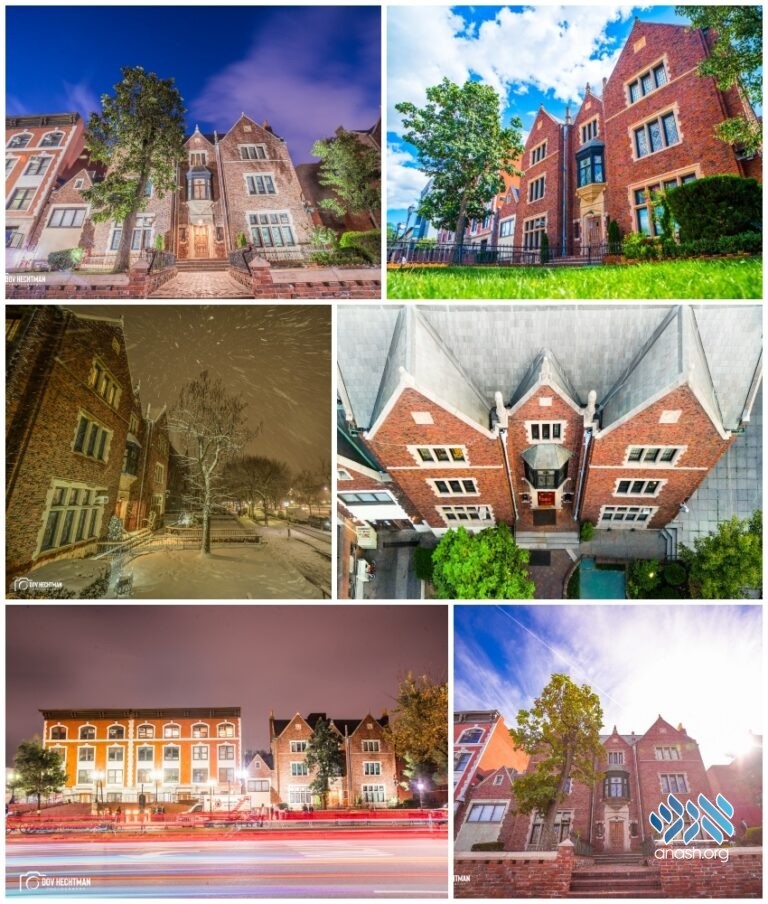 On this date in 5700, the building at 770 Eastern Parkway was purchased by Agudas Chassidei Chabad to serve as the new headquarters of Chabad Lubavitch. In honor of the auspicious day, Anash.org photographer Dovber Hechtman presents his most striking photos of 770.

Soon after the Frierdiker Rebbe arrived on 9 Adar II of that year, a special committee headed by Rabbi Shlomo Aron Kazarnovsky began looking for a suitable place for the Rebbe to live and to have his court. After a while, the building of 770 was found to be a suitable place, with room for an apartment, a yechidus room, offices for the mosdos, and a shul.

Around five weeks later, on Chof Aleph Elul 5700, the Frierdiker Rebbe moved from his temporary residence on the 5th floor of the Graystone Hotel in Manhattan to his permanent residence in 770 Eastern Parkway.