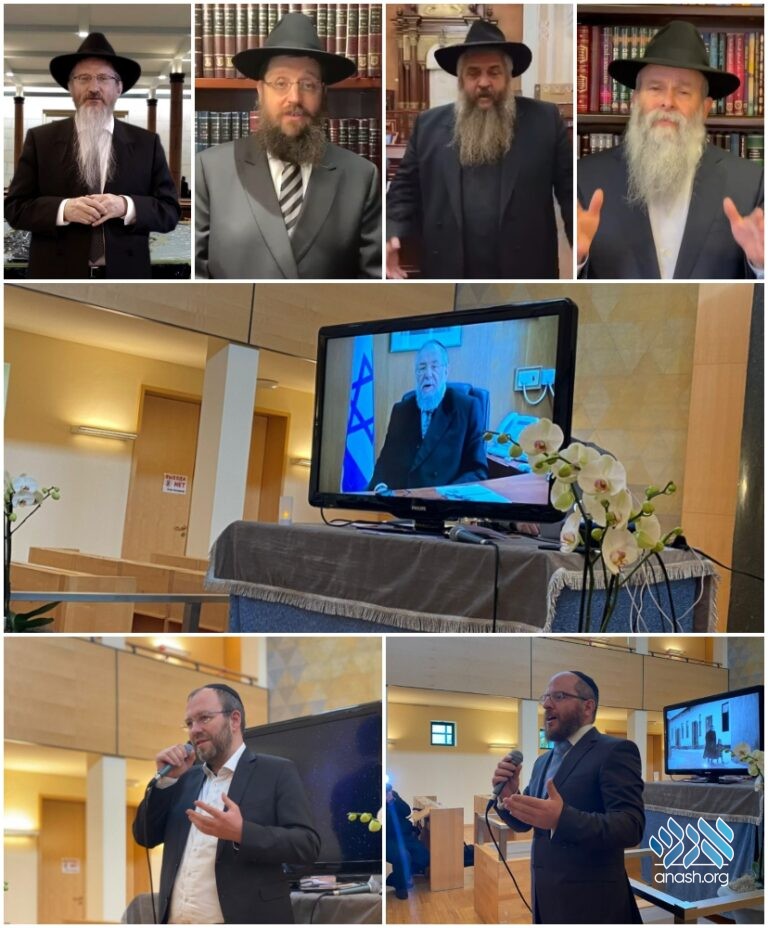 80 years after the Nazis and their Ukrainian collaborators murdered tens of thousands of Jews in Babi Yar, the Jewish community of Krefeld, Germany marked the date with an event addressed by Rabbi Israel Meir Lau, Rabbi Shmuel Kaminetzki, Rabbi Berel Lazar and others.

Erev Yom Kippur in 1941, 33,771 Jewish men, women and children were shot in cold blood by the Nazis in a ravine in the city of Kiev.

80 years later, the Jewish community of Krefeld (Germany), over 90% of whose members are from the former Soviet Union, commemorated the horrific date.

Afterwards, community member Professor Yankulin opened an exhibition on the topic, which he personally designed, and which can be viewed in the community’s foyer.

“Who on that Yom Kippur 80 years ago had only dared to think that Jewish life would return?”. Today we see a flourishing life not only in Ukraine and Russia but precisely in the country from which most of the perpetrators came” said the Community Rabbi Yitzchak Mendel Wagner. “Every prayer, every mitzvah is not only a “good deed” but also an expression of Jewish victory”.

“You want to know what a miracle is?” asked first community President Hillel Shmuel Naydych, who is also from Ukraine “We are all a miracle. Mi keAmcha Yisrael (who is like you people of Israel).“