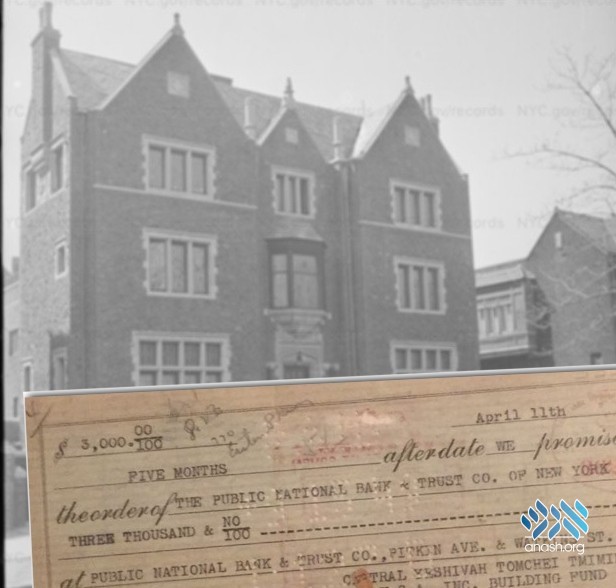 On this date in 5700, the building at 770 Eastern Parkway was purchased by Agudas Chassidei Chabad to serve as the new headquarters of Chabad Lubavitch.

Soon after the Frierdiker Rebbe arrived on 9 Adar II of that year, a special committee headed by Rav Shlomo Aron Kazarnovsky began looking for a suitable place for the Rebbe to live and to have his court. After a while, the building of 770 was found to be a suitable place, with room for an apartment, a yechidus room, offices for the mosdos, and a shul.

Around five weeks later, on Chof Aleph Elul 5700, the Frierdiker Rebbe moved from his temporary residence on the 5th floor of the Graystone Hotel in Manhattan to his permanent residence in 770 Eastern Parkway.

Recently uncovered photos shed light on the history of 770, showing the land which is now 770 Eastern Parkway when it was still just a grassy hill.

The photos were taken while the 3 and 4 subway lines were being built, and captured scenes in Crown Heights and other areas at the beginning of last century. A first series of photos was taken in 1915, before the start of the construction, and a second set was taken a year later, while the constriction was underway.