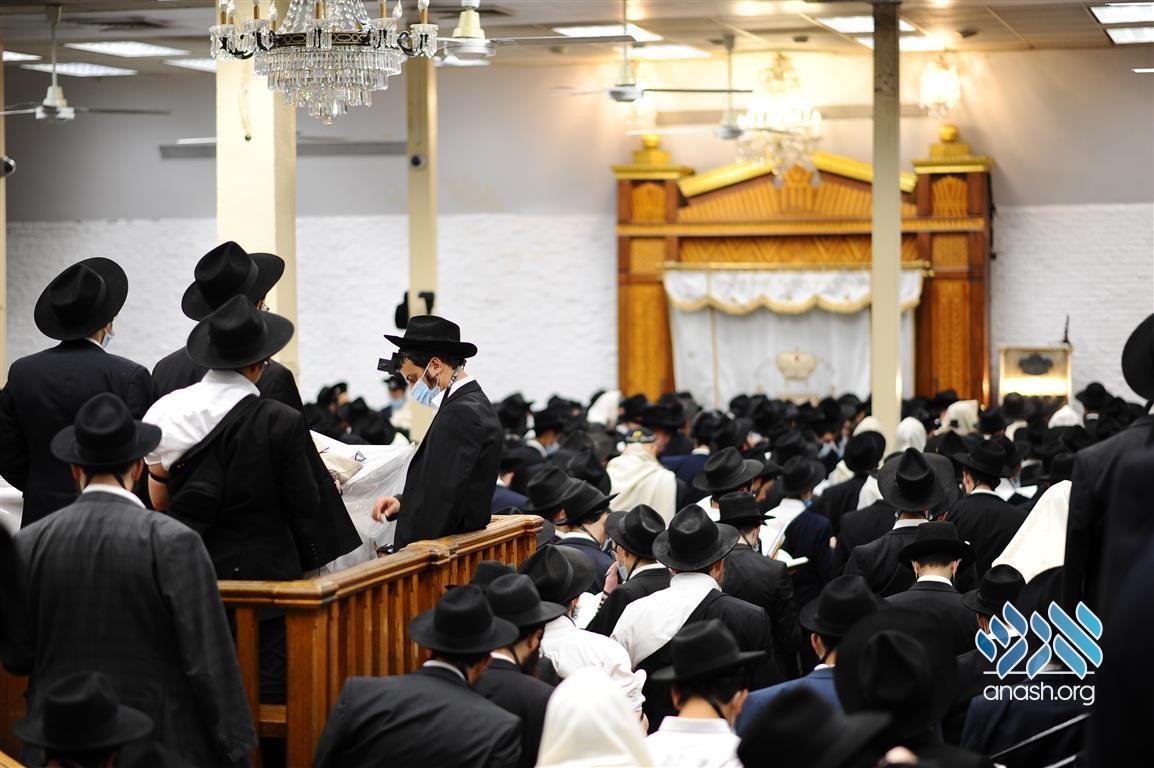 The annual ‘Selling of the Mitzvos’ that takes place in 770 took place this year on Shabbos Bereishis as every other year. Due to the limited crowd, however, some items were left unsold.

The decades-old Chabad custom of auctioning off the new year’s kibbudim on Shabbos Bereishis, was carried out in 770 this year as well, despite other the changes in the Tishrei routine.

The smaller crowd did make a difference, however. The prices for many of the Mitzvos were considerably lower than those of previous years, and certain kibbudim were even left unsold.

The highest-grossing mitzvah was for the honor of opening the Aron Kodesh on Shmini Atzeres for tefillas Geshem. It was purchased collectively for a total of $31,000.

In a surprise twist, a buyer was not secured for the highly sought after Aliya of Maftir Yonah, which widely considered to be a segulah for great wealth. Sources in 770 told Anash.org that several offers were made for the Aliyah, but the shul was unwilling to sell for less than $25,000. It is currently still available and can be purchased for that price.

The Aliya of Chazak on the Shmos, Vayikra, Bamidbar and were each sold for six or seven thousand, while Chosson Torah was sold for $19,000.

Chazak for Chumash Bereishis, opening the Aron for tefillas Tal, and maftir on Simchas Torah are among the other Kibuddim that are still available.