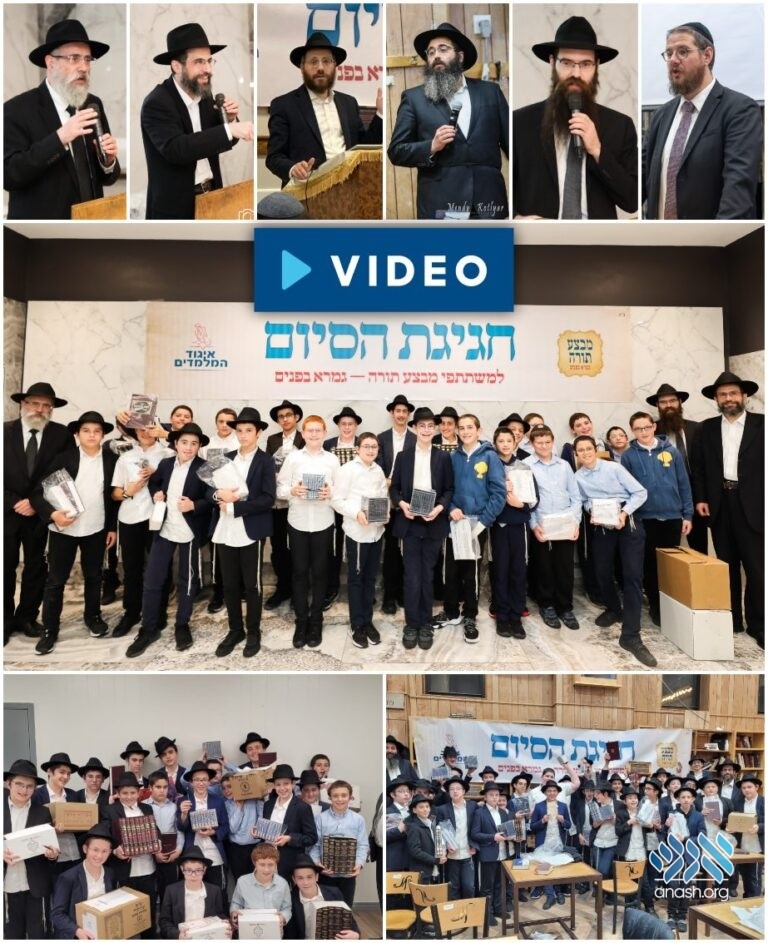 Excitement swept through over 10 school auditoriums nationwide, as over 600 students joined Gemara Bifnim’s launch event and were introduced to a program empowering them to learn on their own.

Excitement swept through over 10 school auditoriums nationwide and in Canada, as over 600 students attended their respective school’s Gemara Bifnim Launch Event in the course of the last ten days.

Gemara Bifnim, a program founded by Lubavitch Chinuch Organization Igud Hamelamdim, strongly motivates and rewards students for mastery of the text, a skill critical to their success through school and yeshiva, is entering its sixth year and has more participants than ever before.

In addition, the schools messaged their parent-body, communicating to them the excitement of the project’s launch.

At each event, the finalists of last year’s program were presented by their principals with prizes of valuable seforim sets. Seeing the reward for their efforts, incentivized the boys to commit themselves to succeed in the program this coming year.

Students were addressed by Rabbi Avrohom Bluming, Executive Director of Igud Hamelamdim. A visual demonstration of the winners’ names and their Gemara Bifnim award points was displayed at each event.

Participating students were excited and enthusiastic at the prospect of “Bifnim” learning and the becoming an independent lifelong learner.

“While being able to read the Gemara inside is assumed to be basic to learning Gemara,” explains Rabbi Avrohom Bluming. “The reality is that it is becoming a growing challenge. Children nowadays are finding it ever more challenging to focus on words on a page, and it really hits them hard when they enter yeshiva. Our revolutionary program, motivating and teaching these fundamental skills,is already seeing results. Bochurim graduating from this program are far more advanced than their peers in deciphering a page of Gemara on their own.”

To learn more about the details of this innovative program, click here.

Support Chabad Chinuch by partnering with Igud Hamelamdim. Visit igudhamelamdim.org/donate to be a part of this important endeavor.