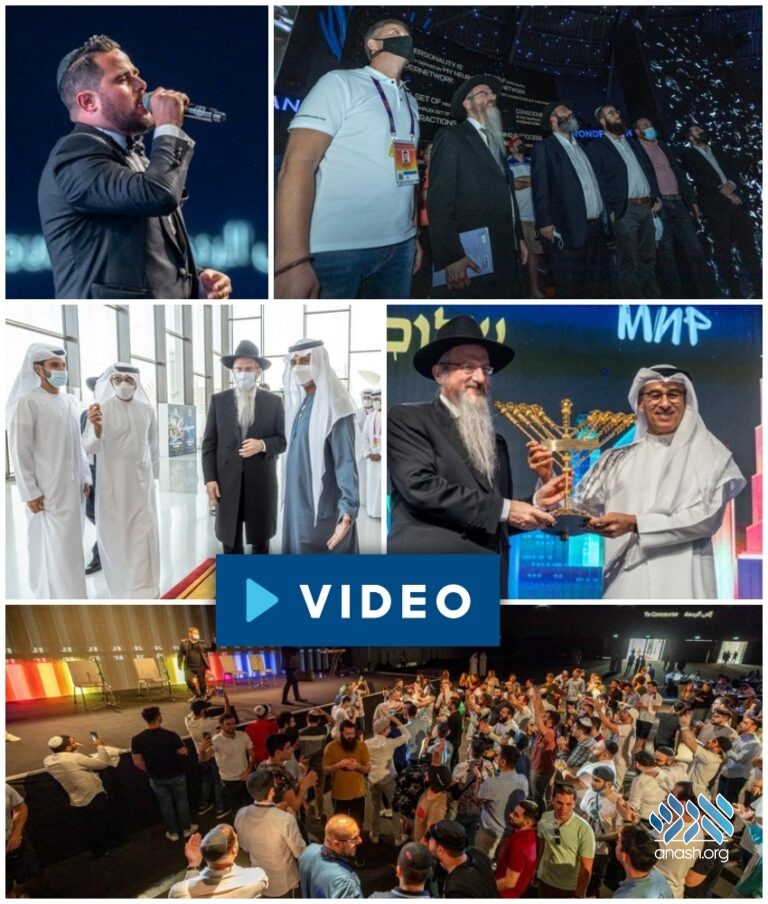 600 Jewish students from across Russia returned from an all-expenses-paid trip to Dubai, concluding the largest Jewish event in the history of the United Arab Emirates, with many students having pledged to add in Torah observance.

600 young Jews arrived in Dubai from cities all over Russia without having to pay a single ruble for their flight, or for any part of their trip for that matter.

Last Monday 600 young Jews arrived in Dubai from cities all over Russia without having to pay a single ruble for their flight, or for any part of their trip for that matter. This was all part of their participation in an educational project which runs in over one hundred cities throughout Russia, Ukraine, Belarus, and other countries under the organization of YaHaD.

The project’s aim is, among other things, to preserve Judaism and prevent assimilation in the younger people by means of high-level studies of Torah, Halacha and Chassidus. Once a year, the most outstanding students, out of thousands of young Jews, are awarded a trip to an interesting destination, where they all gather with a sense of renewed Jewish pride.

The trip’s helm is its initiator and founder, Chief Rabbi of Russia Berel Lazar, who works tirelessly with the Jewish youth to ensure the future of Judaism in the next generation. At his side, heading the organization is Rabbi Menachem Mendel Wilansky, along with many Rabbis, Shluchim, and Mashpi’im who joined the trip in order to make it a rich Jewish experience full of content.

One of the trip’s highlights was the wedding of two Jewish students from Russia that took place in the heart of the desert. This was the largest Jewish event in the history of this Arab country. Although the wedding was a highlight, the rest of their trip’s schedule was packed with many more meaningful events. For example, on Thursday afternoon, the entire group was invited for an official visit to Dubai’s World Expo. There they ate a gourmet kosher lunch which was prepared in a special banquet hall that was reserved for them.

While they dined, they were honored by the presence of Sheikh Nahian El Mubarak, Minister of Tolerance, who came to address them accompanied by Rabbi Berel Lazar, and Chief Rabbi to the UAE, Rabbi Levi Duchman. The official government representatives of the UAE saw this gathering as a very positive occurrence.

As with every journey, the pinnacle was Shabbos, when everyone gathered together for uplifting davening in a unique atmosphere, one which many of the students were experiencing for the very first time. One of the more emotional moments was when all of the Aliyos during the Torah reading for both Shacharis and Mincha, were “sold” to students for pledges to add in learning and mitzvah observance – moments that will have a life-changing effect on them.

In summary of the trip, the organizers said: “We are working hard to prevent assimilation in Russia and ensure a Jewish future for the next generations. The wedding was proof that a Jewish marriage is not something of the past. It’s important to us that these young people – the first generation that was raised after the Iron Curtain came down – come to Dubai and see how it’s possible to walk around as proud Jews in a kippa and tzitzis even in an Arab country.”