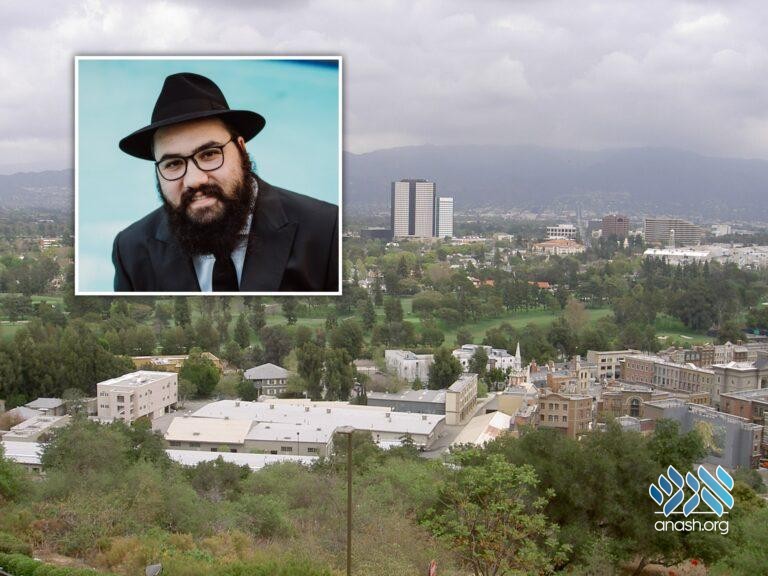 Coinciding with the recent fifth Yahrtzeit of Shliach Rabbi Yehoshua Binyomin Gordon, Chabad of the Valley announced that Rabbi Mendel and Leah Baitelman have been appointed as Shluchim to Universal City, CA, to open the 30th Chabad House in the Valley.

Coinciding with the recent fifth Yahrtzeit of Rabbi Yehoshua Binyomin Gordon z”l, the Rebbe’s Shliach to the S. Fernando Valley, Chabad of the Valley is excited to announce that Rabbi Mendel and Leah Baitelman have been appointed as Shluchim to Universal City, CA, to open the 30th Chabad House in the Valley.

Mendel and Leah both grew up in California. Mendel in Studio City, where his parents Rabbi Yossi and Chanie Baitelman run the Chabad House, and Leah in Upland, where her parents Rabbi Sholom Ber and Chanie Harlig operate the local Chabad house.

Universal City is home to the entertainment capital of Los Angeles, Universal Studios. Pre-corona saw over 9 million visitors each year. However, until it reopens, the Shluchim have their work cut out for them, as recently many families have relocated from the main city to the quiet hills of Universal City.

They have already begun reaching out to the community and are receiving a tremendous positive response. “So many Jews are looking for a connection especially during these times”, said Rabbi Baitelman.

In over four decades under the leadership of Rabbi Gordon, along with Associate Director Rabbi Mordechai Einbinder, Chabad of the Valley has been responsible for transforming the spiritual landscape of this vast area. With Universal City, Chabad of the Valley will have 30 community centers staffed by a team of over 80 Rabbis and Rebbetzins.

The new Chabad Houses form part of the initiative launched by West Coast Head Shliach Rabbi Shlomo Cunin in memory of Rabbi Tzemach Cunin obm, calling for the establishment of many new institutions on the West Coast.

The new couple are in the midst of a campaign raising seed funding to get their Shlichus started. Please consider partnering with them. www.JewishUniversal.com/Campaign