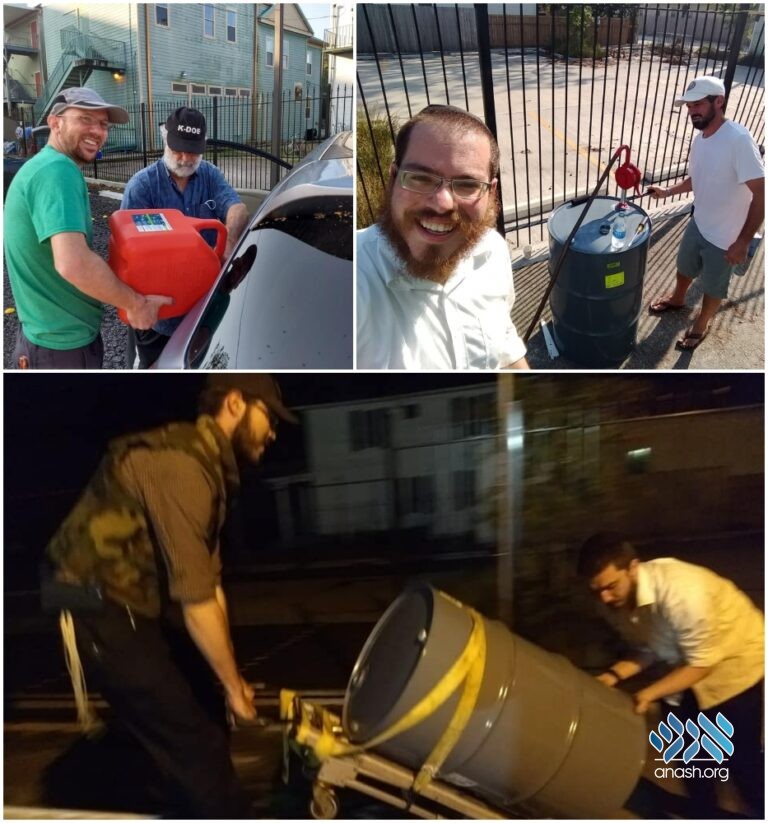 Chabad of Houston arranged a shipment of ten 55 gallon drums of gasoline to Chabad of New Orleans, where residents are in desperate need of fuel for cars and generators.

From Houston, with love.

The shluchim of Houston, Texas, arranged a shipment of 550 gallons of fuel to Chabad of New Orleans, where tens of thousands remain without electricity after Hurricane Ida battered the state. Chabad of Mobile, Atlanta, and the Federation also pitched in with another 100 gallons.

The shluchim, looking for ways to help their brothers in the neighboring state, decided to send over the fuel after hearing of the many residents who were in desperate need of it to fill their cars and power their generators. At first, they sent them a full tanker of gas, but the Louisiana shluchim did not have the logistics to stage the distribution.

So Houston Chabad decided to send the gas in huge drums. Filling ten 55 gallon drums to the brim, the shluchim sent out a new shipment to New Orleans, where the shluchim quickly got to work distributing the liquid gold to anyone who needed.

The distribution was just one of the many relief efforts undertaken by the Louisiana shluchim since the hurricane struck. In the days since, they have been helping locals evacuate, and assisting those who wished to stay with food and basic necessities, even as they themselves are coping with the lack of electricity.