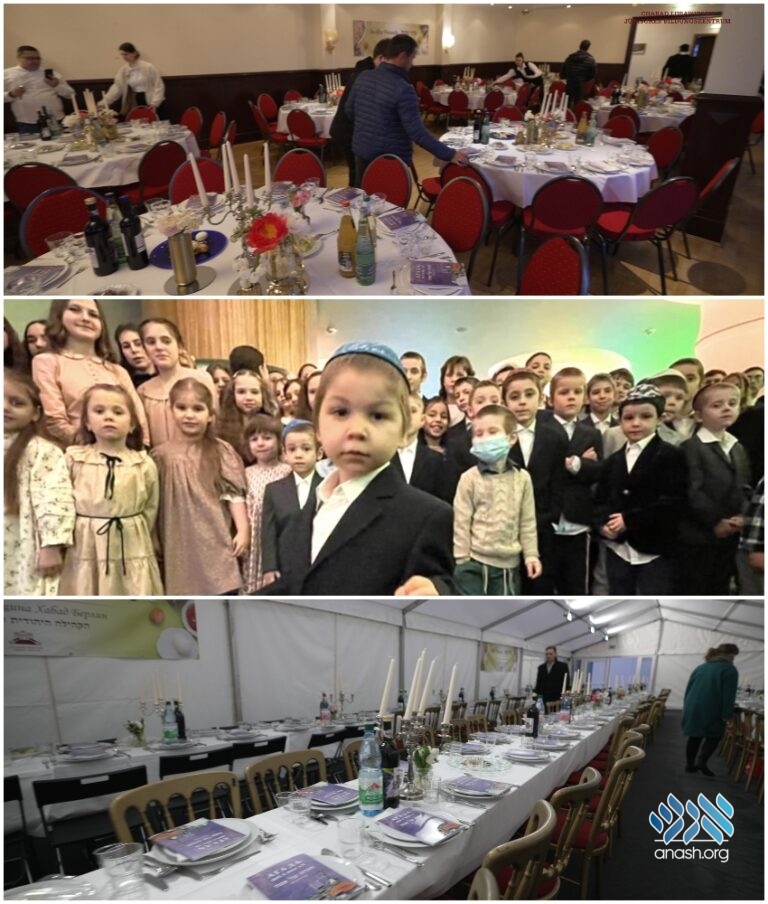 More than 500 Ukrainian refugees were welcomed with open arms for the Pesach Seder at Chabad of Berlin.

More than 500 Ukrainian refugees joined Chabad of Berlin for the Pesach Seder on Friday night. To accommodate the overflowing crowds, two large festive rooms and a tent were arranged at the Jewish Educational Center, where the Seder was held at long festive tables.

At the beginning of March, more than 100 Jewish children and teenagers from an evacuated orphanage from Odessa came to live with Chabad Berlin. Among them were many orphans, but also boys and girls who had been sent by their parents on the 2000-kilometer journey to safety in Berlin.

In the following weeks, more and more Jewish families fled from Odessa, Dnipro and Kyiv arriving in Berlin. By now more than 500 refugees have found their Jewish home with Chabad Berlin.

“We are happy to welcome them with open arms in our community,” said Rabbi Yehuda Teichtal, chairman of Chabad Berlin community, which also covered all costs.

The Berlin government also did not fail to congratulate the Chabad Berlin community and all its newcomers on Pesach. State Secretary Ana-Maria Trasnea addressed the assembled congregation in the shul and extended Pesach greetings on behalf of the government.