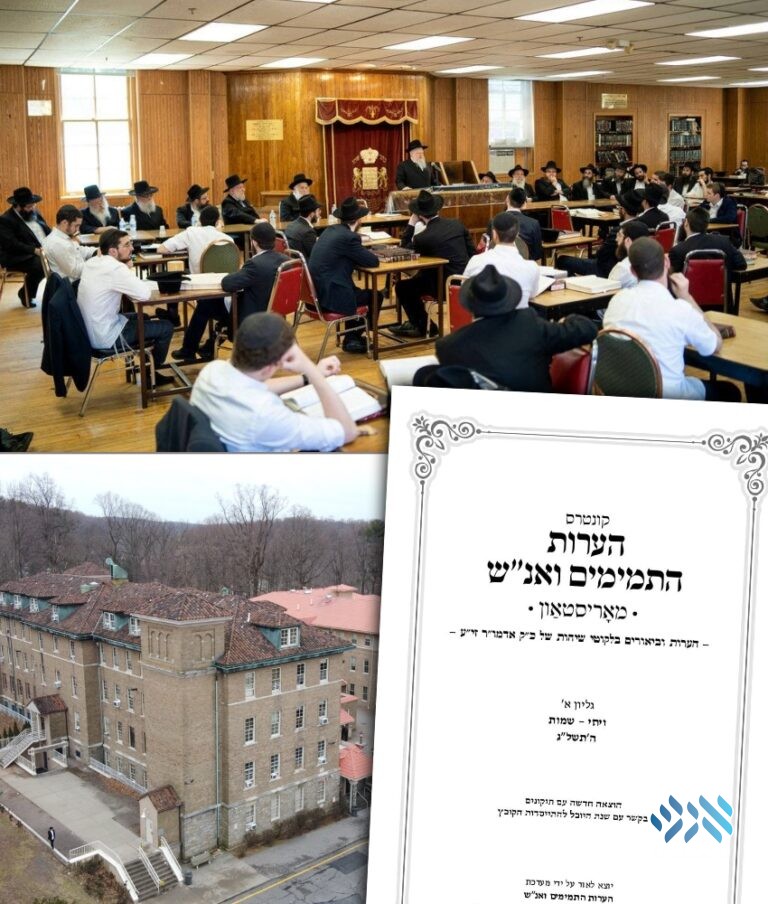 In the winter of 5732, in preparation for the Rebbe’s seventieth birthday, Bochurim learning in 770 decided to increase in their Torah learning. Knowing that the proper way of connecting to the Rebbe is by learning his Torah, they would learn the Sichos that the Rebbe edited weekly over the past two years.

As they would learn the Sichos in depth, many questions came up, and answers were discussed. Beginning in Parshas Tetzaveh, many of these discussions were printed in a pamphlet called “Haaros Hatmimim”. After 12 Tammuz, all the Haaros that had been printed up until that day were printed in a booklet called “Kuntres Haaros Hatmimim V’Anash.” (It should be noted, “V’Anash” was added to the title of the publication at the Rebbe’s request.)

Before Shabbos Parshas Va’era, 5733, Bochurim studying in Tomchei Temimim of Morristown published their own Kovetz, with Haaros written on the Sichos of Parshiyos Vayechi and Shemos. Shortly thereafter, there were rumors that the Rebbe was unhappy with the new Kovetz, and publication was ceased. They soon received a phone call from the Rebbe’s secretary Rabbi Binyomin Klein asking what had happened, and they resumed printing.

The next time the Mashpia in Morristown, Reb Meilich Zweibel OBM went into Yechidus, he asked about the rumors. The Rebbe responded that he is very pleased with the Haaros. The Rebbe continued that a certain Rav had asked him a question on a Sicha, and the Rebbe had sent him a copy of the Haaros where the very same question had been asked and answered “here is your question, and here is the answer.”

On Shabbos Parshas Matos-Masei, 5733, the Rebbe spoke about the Kovtzim and said that even young students can write in the Kovtzim. Eventually, and with the Rebbes encouragement, more Yeshivos began publishing Haaros.

In years since, Yeshivos across the world have been regularly publishing their own Kovetzei Haaros Ubiurim, with essays on all parts of Torah – the Rebbe’s Torah, Niglah, Chassidus and Halacha. To date, tens of thousands of pages of Chidushei Torah, covering a wide range of topics, were printed in these various Kovtzim.

The inspiration to republish the Kovetz was a result of the recent “Koch” and energy displayed by the Bochurim, who have been writing many Haaros, with the goal of giving the Rebbe a gift of 120 Haaros in honor of his 120th birthday this coming Yud Alef Nisan.

For questions and comments, or to submit a Ha’ara, contact Haaros Hatmimim V’Anash of Morristown at: [email protected]