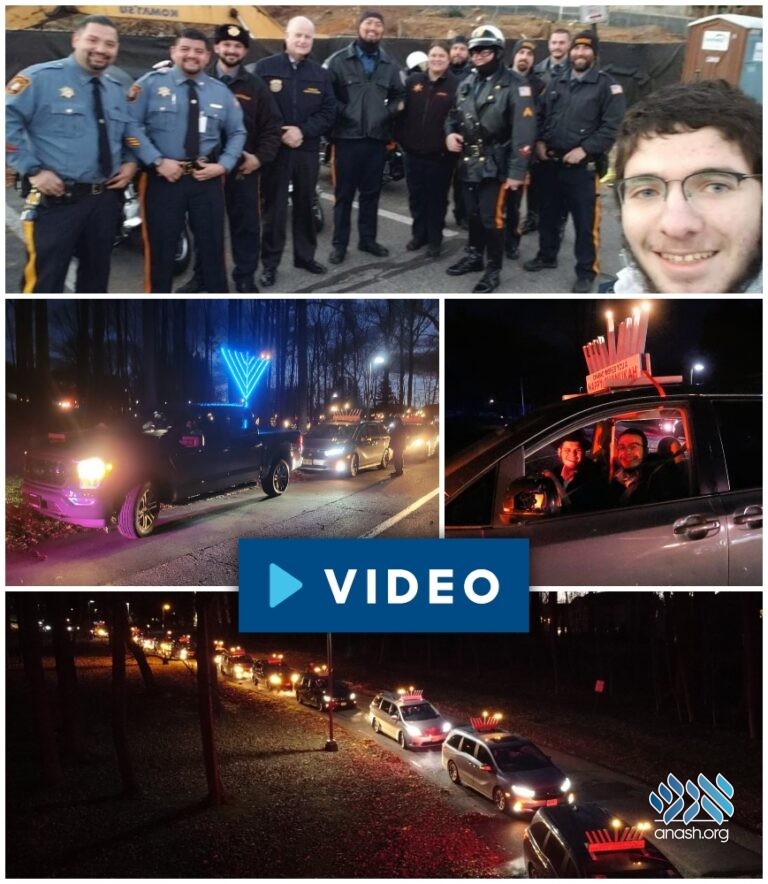 On the second night of Chanukah in New Jersey, the Morristown and Livingston communities joined for a Car Menorah Parade from the Rabbinical College of America to Friendship Circle Livingston, with over 50 cars participating.

Music played, people cheered and drivers honked their horns as the festive menorah car parade of New Jersey made its way from Morris County to Livingston on Monday evening, the second night of Chanukah.

The participants, from the Morristown and Livingston communities, gathered at the Rabbinical College of America-Lubavitch on Sussex Road in Morristown at 4:45 p.m. There the menorahs were affixed to the top of their cars and the parade began at 5 p.m.

The parade drove until LifeTown, on Microlab Road in Livingston, where the cars were greeted by families of children and teens with special needs and a grand menorah lighting was held.

LifeTown is a 53,000-square-foot, fully inclusive and accessible center that offers myriad opportunities for recreation, education, and therapeutic play aimed at providing a comprehensive slate of programming for individuals with special abilities and their families.