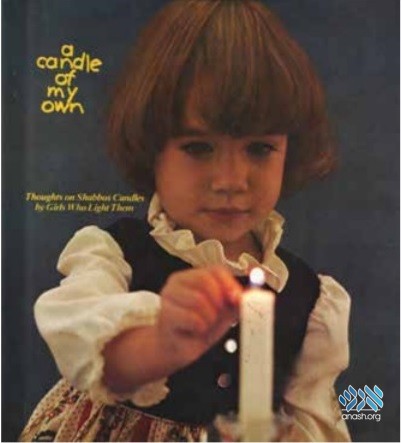 Today, 24 Elul, is 45 years since the Rebbe announced mivtzah neshek.

The Rebbe first spoke about the idea that all Jewish women and girls adopt the custom that was in Beis HaRav (the home of the Rabbeyim) that all women and girls light Shabbos candles – and not just married women, at the sicha of 24 Elul 5734/1974. That sicha was to the “askonios of Tomchei Tmimim and Beis Rivkah.”

The Rebbe stressed that he wasn’t introducing a new minhag, but rather was just bringing back the prevalent custom among many sectors of the Jewish people in previous generations. The Rebbe stressed that it was researched and found that in places like Galitzya in Poland, Chassidic courts like Bobov and Belz had this minhag, in Lita the house of Soloveitchik and the descendants of Rav Chaim of Volozhin, who were extremely careful that everything they did was in accordance with halacha, they too had this minhag. In Germany, this was case in several communities, the Rebbe said.

The next year, on Vov Tishrei, 5736/1975, the Rebbe spoke about how the introduction of having young girls light candles again has brought about a change in some homes already. The Rebbe spoke of one case in which he knows about a young girl who was taught about Shabbos candles in summer camp and insisted on doing it when she got back home. Her insistence made the rest of her family realize how they’d been lacking Shabbos in their home, and ultimately “turned over” the whole house.