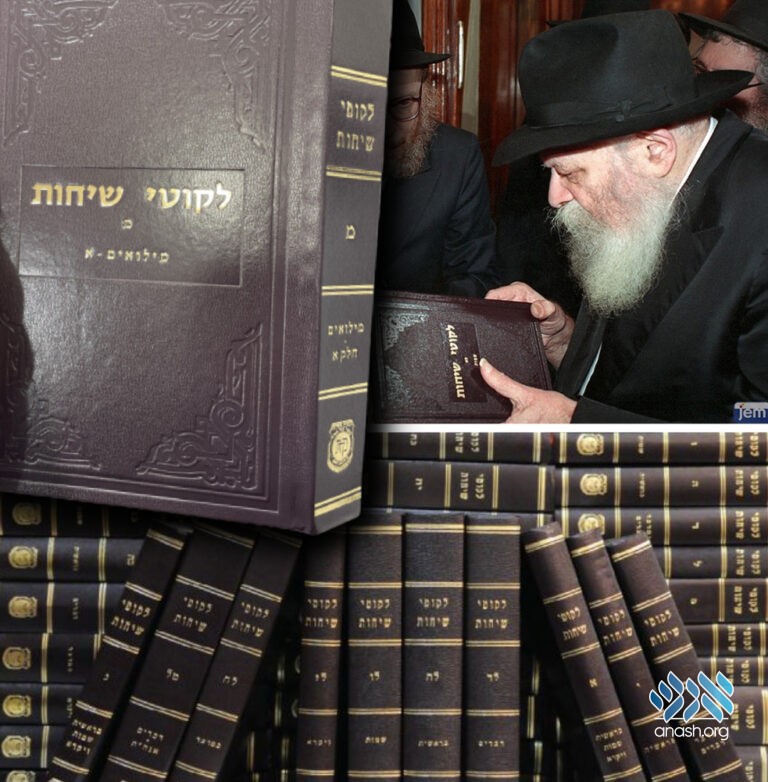 Twenty years after the 39th volume of Likkutei Sichos was published, a new volume is set to arrive from the printer, containing sichos the Rebbe edited but were never printed in an organized fashion.

Two decades after the 39th volume of Likkutei Sichos was published, volume 40 is set to arrive from the printer, containing sichos the Rebbe edited but were never printed in an organized fashion.

Likkutei Sichos is the most well known of all the Rebbe’s works. Containing sichos on each Parsha and Yom Tov, the 39 volume set can be found in virtually every Lubavitch house and shul.

The sichos in Likkutei Sichos were originally said as part of the Rebbe’s farbrengens, taking place on Shabbos, Yom Tov and yomei d’pagra. In 5718, the Rebbe began editing the selected sichos for those who used to walk to other shuls on Shabbos to say words of Chassidus.

As the weekly booklets built up, they were published in books, titled “Likkutei Sichos” as well. Eventually the set grew to 39 volumes, with the last volume being published in 5761.

However, there were other sichos that the Rebbe edited that were not printed in Likkutei Sichos. The most obvious example is the set of ‘Sefer Hasichos 5747-5752’ containing the full weekly farbrengens as edited by the Rebbe. Being that those sichos were transcribed in a different manner than those in Likkutei Sichos, they were printed in a separate series.

From time to time, the Rebbe also edited sichos for various scholarly journals, such as ‘Hamaor’, ‘Hapardas’, or booklets of chiddushei Torah put out by Chabad Yeshivos. Some of those sichos were printed in the hosafos of Likkutei Sichos. Others, however, were never published in an organized fashion after being printed in those journals.

Now, over two decades after the 39th volume was published, Chelek Mem of Likkutei Sichos, containing two volumes, was published in time for Yud Shvat.

The first new volume contains complete sichos, covering a full topic. The most noteworthy being the famous “Kuntres Inyana Shel Toras Hachassidus”, the Rebbe’s foundational essay on “what is Chassidus”. The sicha had until now been published in a separate booklet and in back of Sefer Hoerkim, but never in Likkutei Sichos.

In the second volume, the editors printed a number of sichos that were only partially edited, as well as a number of transcripts of yechidus edited by the Rebbe.

Kehot Publication Society, the official publishing arm of Merkos L’Inyonei Chinuch, disputes the right of Vaad L’hafotzas Sichos to print Likkutei Sichos. As of the time of the publishing of this article, no statement was released by Kehot regarding the new publication.