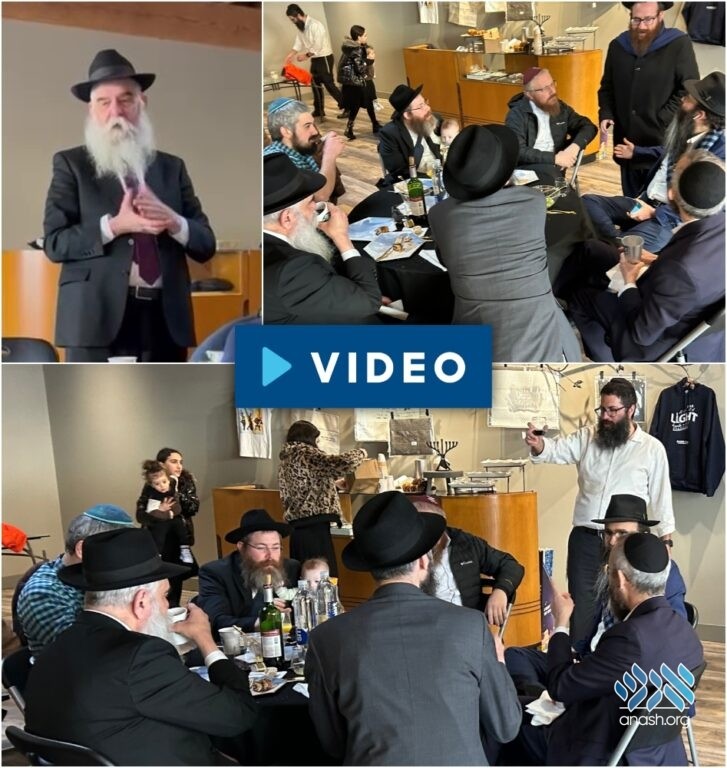 Shluchim to Oregon gathered on Monday to mark 40 years since head shluchim Rabbi Moshe and Devori Wilhelm arrived in the state. Rabbi Wilhelm shared a powerful statement that was shared with him before he moved.

Shluchim and shluchos to Oregon gathered on Monday to mark 40 years since Chabad was established in the state with the arrival of Head Shluchim Rabbi Moshe and Devori Wilhelm.

Held at the recently-opened Jewish Oasis Chabad House, headed by Rabbi Chayim Eliyahu and Simi Mishulovin, the event included a breakfast, l’chaims and words of greeting from the shluchim.

Many of the shluchim gave their own addresses, offering good wishes and a l’chaim to the head shluchim, and brachos for many more years of success.

Rabbi Wilhelm also rose to speak, sharing a powerful vort he heard before moving on shlichus.

He related that four decades ago, his plan had been to secure a shlichus and then return to Melbourne, where he was in Kollel at the time, to spend an additional six months.

But when Rabbi Chaim Mordechai Aizik Hodakov, the Rebbe’s chief secretary, heard of his plans, he he turned to him in surprise. “Imagine there was a fire burning in your house, and you called the fire department, and they told you they would arrive in six months…”

“You were appointed as the Rebbe’s shluchim to Oregon, you must move there immediately!” he told them.

Forty years later, those words still rang clear, as Rabbi and Mrs. Wilhelm, by now accompanied by a many younger shluchim, continue to do the Rebbe’s shlichus, fighting the fire that is burning among the Yidden.