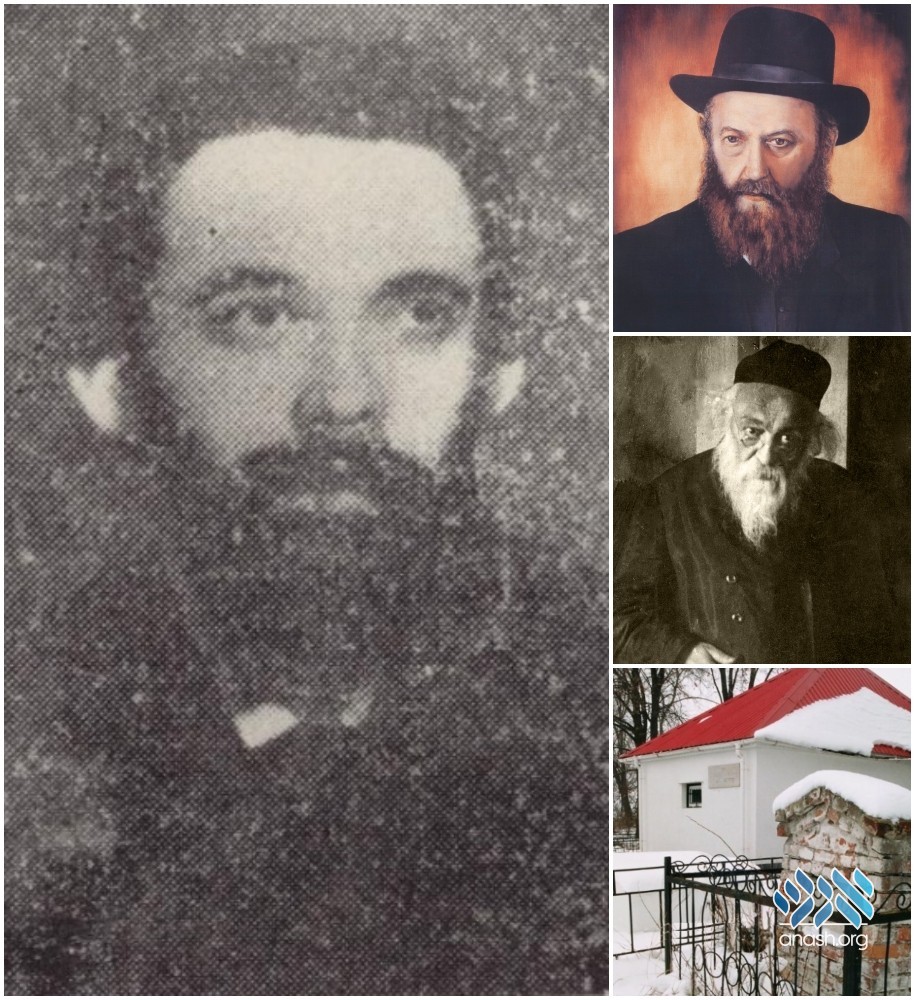 Daled Elul is the yahrzeit of the gaon and chossid Harav Mendel Chein, rov of Nyezhim and pride of Chassidiei Chabad. He was murdered on this day during a pogrom in 5679/1919.

Harav Mendel Chein was the pride of adas hachassidim during the fifth generation of Chabad-Lubavitch until a Russian bullet ended his life on Daled Elul, at the age of 40, during the revolution.

Born to the renowned chossid Harav Dovid Hirsh Chein (RaDaTZ) in Chernigov, young Mendel was a child prodigy, mastering all of TaNaCH at the age of six. As a young bochur he was fluent in all of the revealed Torah, as well as many of the teshuvos of the great rabbonim of the generations.

Word of Reb Mendel’s greatness in Torah reached even the Litvishe circles, and the great gaon Harav Chaim Brisker was interested in having the great gaon as his son-in-law. Years later, at the rabbinical conference in Petersburg in 5670/1910, Reb Chaim was to have said that he’s mekane the Rebbe Rashab that he has people like Reb Mendel that are close to him.

In 5664/1904 he married Pesia Berman, daughter of the chossid Reb Shabsi. The Frierdiker Rebbe was the shadchan and the shadchonus gelt was a large donation to Tomchei Tmimim.

At the age of 26, he was appointed as rov of Nyezhin, the city where the Mitteler Rebbe was interred. In Nyezhin he realized that the well-to-do baalei batim were not giving their fair share of Tzedakah. Reb Mendel would go around to their homes and let them know that what they gave until now was unacceptable.

Reb Mendel was a great oved, spending long hours davening in the Chabad fashion, his davening making a great impression on those who saw and heard it.

The Rebbe Rashab would send many of the young talmidim of Lubavitch to Reb Mendel to be tested and to get smicha and shimush. He also had his own yeshiva in Nyezhin.

The Rabbinic conference in Petersburg in 1910 saw Reb Mendel in all his glory. There he was the Rebbe Rashab’s representative who made the Rebbe’s point of view known to all. The maskilim, who were fighting authentic Judaism, were intimidated by him and tried to interrupt his speeches.

During the Beilis trial in 5672/1912, Reb Mendel was one of the two rabbonim that were dispatched by the Rebbe Rashab to help the lawyers with the Jewish opinion; the other rov being Harav Levi Yitzchok Schneerson, the Rebbe‘s father. So involved was Reb Mendel in public matters and away from Nyezhin, that the townspeople complained to the Rebbe Rashab that their rov was never home and that he send them another rov.

Reb Mendel spent so much of his time attending to klal matters that he only had time for learning late at night, after the last visitor had left. His daughter Shoshana Chein later reminisced about the sweet sounds of Torah study emanating from the house late at night, when her father finally had some to himself and his Torah studies.

During WW1, Nyezhin became a haven for refugees fleeing the war. Reb Mendel was there to help them with all their physical and spiritual needs.

During the revolution in 1919, Reb Mendel joined two others in pleading with the leaders of the pro-Czarist troops to spare the Jewish community. Upon returning from his meeting, skirmishes broke out in Nyezhin between the two warring factions and his two accomplices ran into a local church to seek shelter. This was out of the question for Reb Mendel, even if it meant saving his life.

Instead, he ran to a Jewish-owned hotel to seek shelter. The rioters entered the hotel, and murdered him. The murder happened on Daled Elul, 5679/1919. He was buried with other kedoshim next to the ohel of the Mitteler Rebbe.

His father RaDaTz went up to Eretz Yisroel a few years later and passed away there.

Years later, his daughter Shoshana Chein, wrote in her memoirs how Reb Mendel cried at havdalah the night before being murdered, as his heart was telling him that that week was an ominous one. The seforim shaffe in his home fell at the time of his murder.