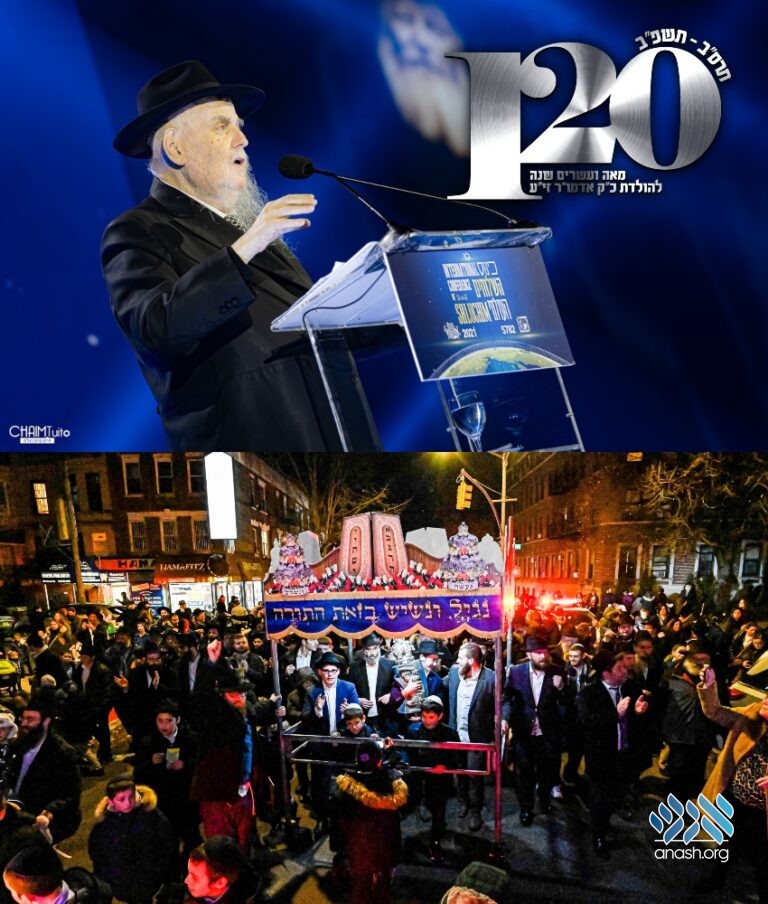 The first of 36 Sifrei Torah will be raffled off this Chof Beis Shevat to shluchim worldwide fulfilling a pledge made at this year’s Kinus Hashluchim to help shluchim in smaller communities.

Over the years, the kinus hashluchim has yielded many new projects. As shluchim spend time together in joint inspiration, the hachlatos taken at the conclusion of the banquet are always full of ambition and vision. It has been from these hachlatos that many familiar programs have been born, such as the creation of CTeen, MyShliach, Jnet, a Shluchim Simcha fund, and many other enterprises.

But this year’s kinus was different. Instead of just one specific and localized initiative, when Rabbi Moshe Kotlarsky, vice chairman of Merkos L’inyonei Chinuch and Chairman of the Kinus Hashluchim got up to announce the collective hachlatos, he pulled out all the stops, announcing a veritable truckload of hachlatos Shluchim had taken on to further their reach.

“It’s been thirty years since the Rebbe demanded, ‘Tut altz vos ir kent!’ and 120 since the Rebbe was born, so we knew that the hachlatos of this year must take on new meaning,” said Rabbi Kotlarsky. “The hachlatos are a sweeping call to bolster efforts in all areas to finally bring Moshiach.”

Indeed, a string of projects were announced, ranging from renewing the simchah fund for shluchim, seed funding for 120 mikvahs and 120 new shluchim, 360 new Chabad House libraries, 120 million mitzvos, as well as resources for helping shluchim create Hebrew schools to name a few.

One particularly ambitious hachlatah was a pledge to commission thirty-six brand new Sifrei Torah for shluchim in smaller communities who don’t yet have a Sefer Torah of their own. Just a few months later, work is already well underway: applications from hundreds of shluchim have poured in, funds are being raised, and most importantly, despite global shortages, a team of sofrim are working vigorously writing up the new scrolls.

And as the auspicious day of Chof Beis Shevat approaches, and shluchos from around the world convene for the International Kinus Hashluchos, the next stage is on schedule: the raffle. Out of the many shluchim who have applied, Chof Beis Shevat will be the day when the first twelve lucky winners will be announced. With another twelve being raffled off on Yud Alef Nissan and Gimmel Tammuz.

Levi Groner, who together with his wife Chaya, co-directs Chabad of Pelham, N.Y., is eagerly awaiting the results of this raffle. As shluchim without a Sefer Torah of their own, they are eligible for this grant, and excitedly applied. “We live in a relatively small community, and especially since the pandemic started, it’s a struggle to get a permanent place for our Shabbos minyan,” he said. “Whenever we do, I have to spend much time and energy securing a Sefer Torah.

“There are local shuls nearby who are gracious enough to lend a Sefer Torah here and there, but it’s never easy. When Yom Tov comes and the shuls need two Sifrei Torah of their own, it’s particularly challenging. There are times when I spend the entire erev Yom Tov driving around for a Sefer Torah.

“To have one of our own would be a huge boost to our community. People have asked me about it over the years, but our budget doesn’t allow for it right now. Our own Sefer Torah would go a long way into making our shul feel more established and would give people something to be proud of as their own.”

With all this work underway, the first Sifrei Torah will IYH be distributed over the next few months. Yud Aleph Nissan 5783 is the date set as the finish line for all thirty-six Sifrei Torah to be completed and delivered to their final homes.

Out of all the many hachlatos taken at the Kinus, the Keren Hashluchim and other Lubavitcher donors from around the world have come on board to dedicate these special Sifrei Torah exclusively in the honor of the Rebbe and the Rebbetzin. “It was truly heartwarming to see how after the kinus, so many Lubavitchers from around the world reached out to sponsor Sefer Torahs in Honor of the Rebbe and Rebbetzin,” said Rabbi Mendy Kotlarsky, Director of Merkos 302.

Reflecting on the intense efforts invested since the Kinus, Rabbi Moshe Kotlarsky said, “This Kinus hachlatah is to end all Kinus hachlotas in a golus state! We will do everything within our power to support and facilitate all Shluchim to make this year a year of exponential growth. Together, we will end this dark Golus and finally be reunited with our Rebbe.”