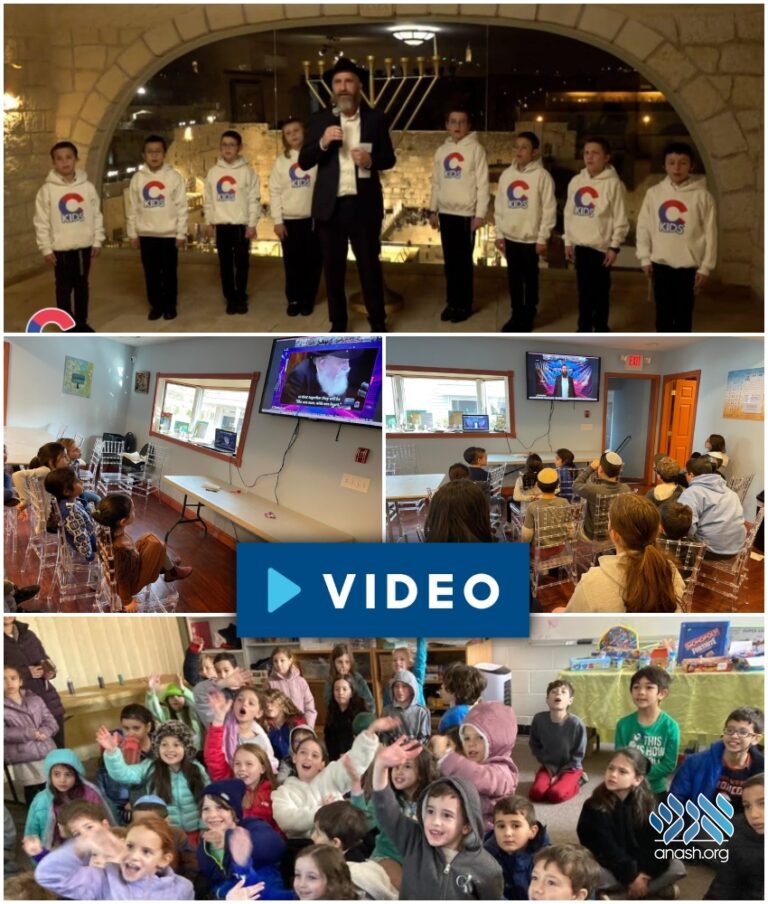 As everyone eagerly awaited the outcome of the World Cup this past Sunday, children from the two competing nations-France and Argentina- took some time away from the game to mark the first night of Chanukah with their peers worldwide. Many are avid soccer fans concerned about the outcome of the game, but they wouldn’t miss this thirty-minute Chanukah rally for anything. Not even the World Cup.

But it wasn’t just them. Thousands of children from Australia to South Africa enthusiastically participated in the Chanukah event. The virtual event was as fun as it was inspiring, bringing home the central message of Chanukah: the power in the smallest of light to vanquish darkness.

The program featured a Menorah lighting live from the Western Wall in Jerusalem and select Torah passages recited by representatives of their respective countries. Bringing together children who speak different languages and come from distinct cultures,  it showcased the diversity of the Jewish experience while highlighting the commonality that transcends barriers of speech and geography.

“I’m glad I woke up early to come and see the rally. I liked seeing all the other schools and especially the part in front of the Western Wall. I hope to go to Israel soon!” said Ayala, a fourth grader from Las Vegas “It was so cool to see kids from Canada, Italy and so many other places joining the same program, playing the same games and singing the same songs” said Julia, aged 11.

Complete with a magic show and multiple raffles for coveted prizes, the night of fun and inspiration was a project of CKIds international. Dedicated to inspiring pride and conviction in the youngest Jews wherever they may be, it hosts similar national events multiple times a year

With 30,000 children from 150 different schools in attendance, the scale of the event made it all the more unique “The amount of time and resources expended to ensure the success of such an expansive and global event were truly immense. However the avid participation and excited response received from children and parents alike illustrates the importance  of such a program” says Rabbi Mendy Kotlarsky, Vice-Chairman of CKids international, “showing children that they are part of a global Jewish community helps them feel part of something bigger than themselves.”