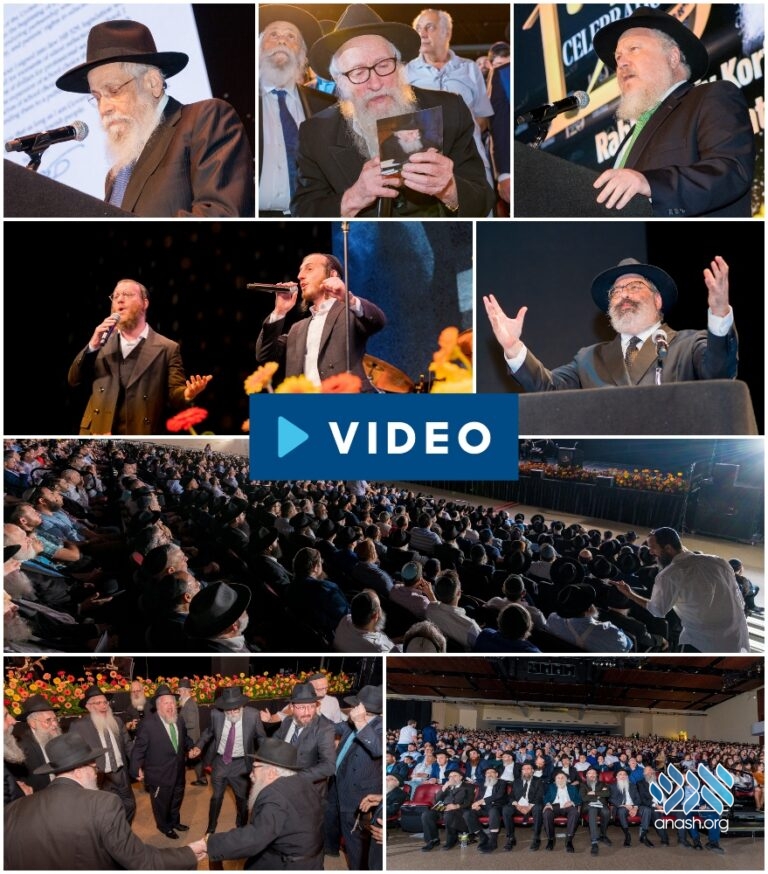 Over three thousand Jewish South Floridians came together Wednesday night to celebrate the 120th birthday of the Rebbe at a grand event featuring Rabbi YY Jacobson and singers Shulem and Yanki Lemmer.

Over three thousand Jewish South Floridians came together Wednesday night at the Charles F. Dodge City Center of Pembroke Pines, to celebrate the one hundred twentieth birthday anniversary of the Rebbe.

The multimedia event that was live streamed and seen by an estimated 100,000 people worldwide, featured special greetings from Governor Ron DeSantis, a concert starring brothers Shulem and Yanki Lemmer and a keynote address by world renowned orator, Rabbi YY Jacobson.

The Lemmer brothers performance included rousing renditions of songs that were taught by the Rebbe himself. Rabbi Jacobson regaled the crowd with a deeply passionate address, conveying elements of the unique leadership of the Rebbe, and his legacy of both Torah scholarship and personal empowerment.

The multi media segments of the program, included video and live testimonials by individuals, sharing how their lives have been impacted by the Rebbe, as he continues to be a dominant force in Jewish life across the globe, with the Chabad Lubavitch movement he led, emerging as the largest Jewish organization in the world , with over 5000 branches worldwide.  The State of Florida is home to over two hundred Chabad Centers and has grown exponentially over the last few years , as many Jewish transplants find their spiritual home at Chabad.

In a stroke of Providence, one of the videos, masterfully produced by JEM, featured the Rebbe addressing the global crisis that ensued with the Russian invasion of Afghanistan in 1981, which coincided with the one hundred and twentieth anniversary of the Rebbe Rashab. Invoking quotations from Chapter 121 of Tehillim, the parallels to the current crisis and the Rebbe’s call then for increased faith in G-d’s Providence and joy in the service of G-d, notwithstanding the challenging time, rang with striking relevance to the Russian invasion of Ukraine.

As they took leave, participants, who came from all over the tri county area, were asked to fill out “Mitzvah” ( good deed) pledge cards as a gift to honor the Rebbe’s legacy and were given a box of Shmurah Matzah – the traditional Passover bread, to share  with another person.

Many in attendance described the event as a one of a kind celebration, that inspired and empowered, a fitting tribute to the Rebbe who did just that.

To join the Mitzvah Gift Campaign, please log on to: celebration120fl.com/gift