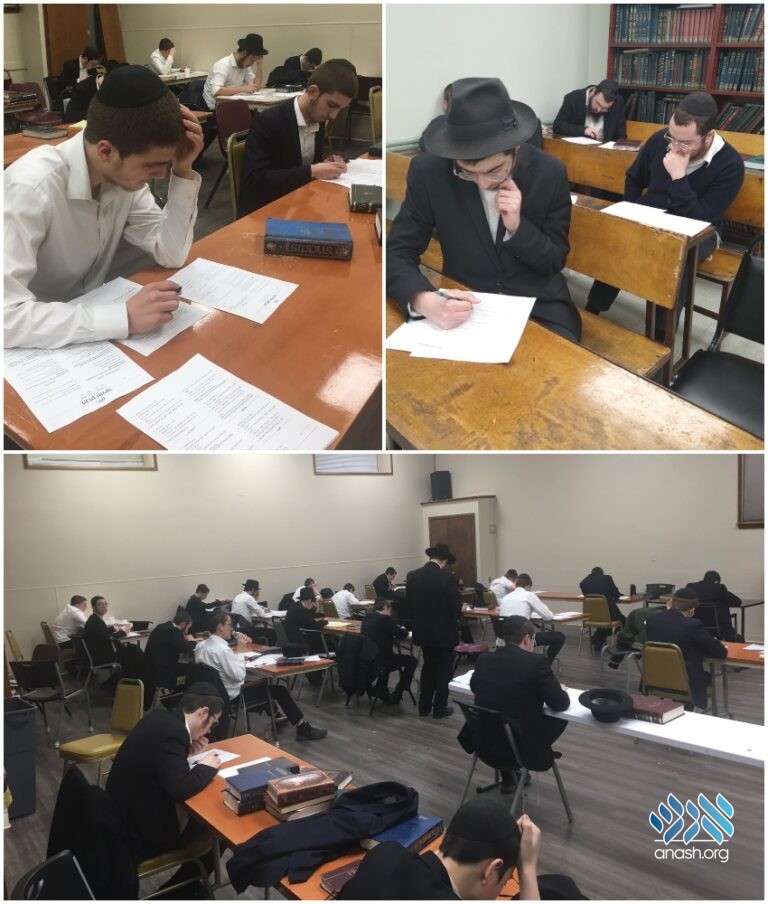 Over the past few months, Bochurim in Yeshivas across the United States have been learning Chelek Chof of Likutei Sichos; finalists for the closing test in New York were announced.

After 12 intense weeks of learning, 249 pages of Likutei Sichos were memorized, and 300 Bochurim will be invited to the fourth Halikut Siyum where they will be tested on the full sefer of Cheilek Chof Likkutei Sichos.

The Halikut program, with Bochurim in many Yeshivas across the world learning and reviewing the Sichos in all their free time.

The series of tests, the last of which took place on Sunday, will culminate in a final test in New York for those who passed all three tests in their Yeshivas.

Halikut is a program of Vaad Hatmimim under the direction of Rabbi Tzvi Hirsh Altein.