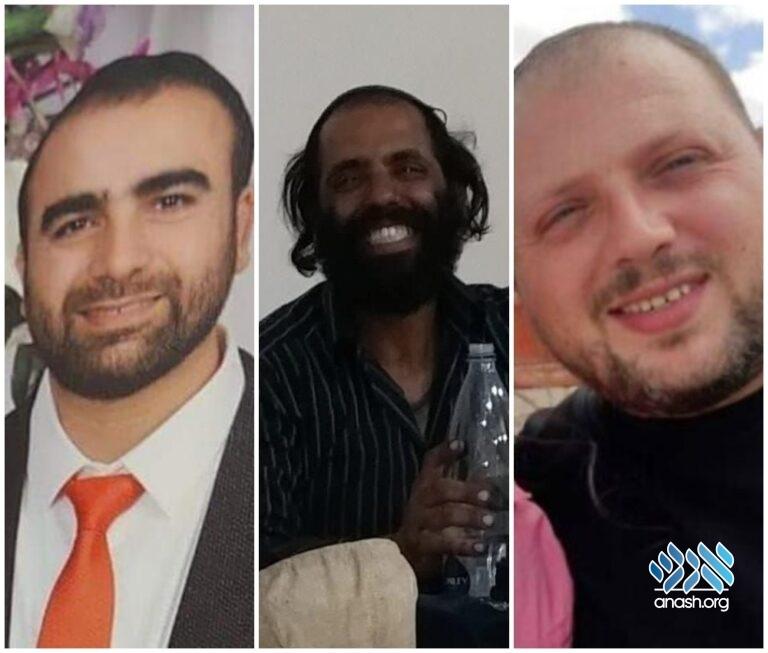 The three victims of a terror attack in the city of Elad on Thursday were all fathers who together left behind 16 orphans. Two others remain in critical condition.

The three victims of a terror attack in the predominantly religious Israeli city of Elad on Thursday were named early Friday as Yonatan Havakuk, 44, Boaz Gol, 49, and Oren Ben Yiftah, 35, all fathers who together leave behind 16 orphans. A manhunt continued for the ax-wielding terrorists, residents of the Jenin area who also left two others critically wounded.

Gol, a resident of Elad who earned his living as a mechanic, was returning home from a Torah class in a local synagogue when he was brutally murdered. He is survived by his wife and five children.

Prior to the attack, Ben Yiftach, a resident of Lod, had driven a leading local rabbi, Rabbi Yaakov Landau, to deliver a Torah class in Beit Shemesh. During the trip, he spoke to the rabbi about matters of faith and his own spiritual work. After the trip, he continued to Elad, where he was murdered. He leaves behind a wife and six children.

Havakuk, a resident of Lod, was murdered after he rushed to look for one of his sons in the park after hearing about the attack. He leaves behind a wife and five children.

Israeli security forces continued a massive manhunt on Friday for two suspects, who remain at large. Footage from the scene of the attack shows the terrorists running down the street armed with axes,

The police released the details of the two terrorists, a 19-year-old and a 20-year-old from the village of Rumana near Jenin, which has re-emerged as a center of terrorist activity, the worst Israel has seen in years. Several attackers have come from in or around Jenin, and Israeli forces have launched arrest raids that have ignited gunbattles there.

Doctors at Rabin Medical Center in Petah Tikva are still fighting for the lives of two more victims of the attack: a 38-year-old man and another in his 70s who both remain in critical condition after undergoing emergency operations throughout the night.

Another patient, a man in his 20s, is hospitalized at Sheba Medical Center.

The public is asked to pray for complete healing for Shai ben Ilana and Chaim ben Sarah, the two victims in critical condition.