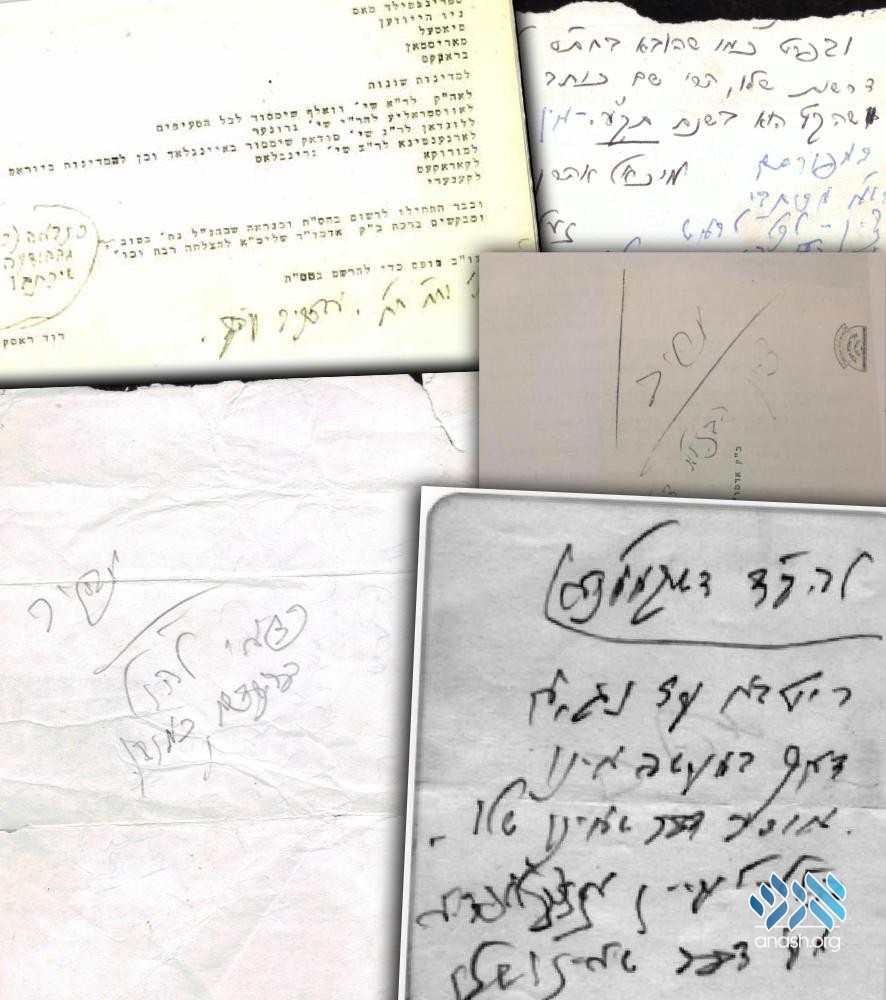 The 11th installment of Likkut Mainos contains close to 300 of the Rebbe’s handwritten responses, including some that cover topics such as achdus and machlokes, Shpitz Chabad, and an answer to a chosson after his kallah’s mother passed away a week before her wedding.

A new collection of the Rebbe’s handwritten responses contains many fascinating answers on a wide variety of topics.

The new publication, Likkut Mainos 5742, is the 11th in the series, published by a group of dedicated 770 bochurim. The mainos, as the Rebbe’s handwritten responses are called, were collected from book, teshuros, magazines and from private collections.

Among the topics covered in the new booklet are achdus and machlokes (“Moshiach would have long come if Chabad activists would be united”), Shpitz Chabad (“Where were all the shpitz and so-called mekusharim when the students didn’t have what to eat?!”), a lengthy response to a chosson who asked how to encourage his kalla after her mother passed away, and many other topics.

Although the printed version of the booklet is being sold, the publishers have released the complete PDF of the publication for free online, allowing for anyone to read it online or print it.

The group behind Likkut Mainos told Anash.org that they plan to continue “at least until 5740, and possibly continuing to previous years as well.”