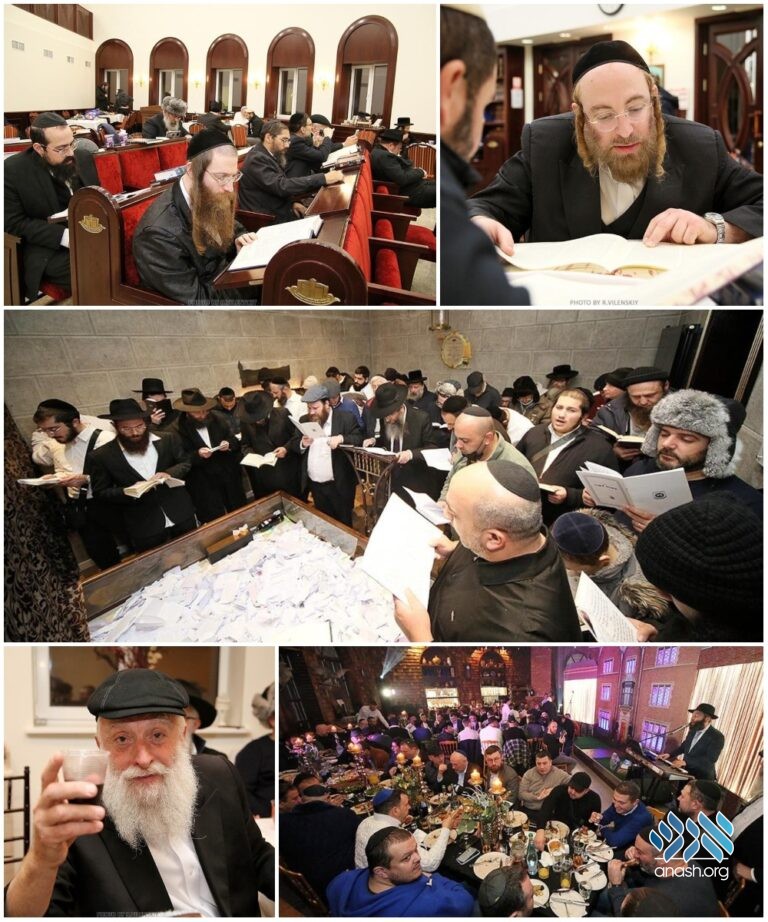 In Haditch, the Alter Rebbe’s yartzeit was marked with the rededication of the shul near the Ohel, where thousands of Yidden from all sectors of Klal Yisroel came to daven, learn and farbreng.

Thousands have begun to flock to the town of Haditch in Ukraine, to daven at the Ohel of the Alter Rebbe in honor of his yartzeit on the 24th of Teves.

In recent years, the resting place of Alter Rebbe in Kiryat Rabbeinu Hagadol in Haditch has attracted tens of thousands of Jews from all over the world.

This year, the yartzeit was marked with the rededication of the shul near the Ohel of the Alter Rebbe. The mezuzah was affixed to the doorpost in the presence of the chief rabbi of Dnipro, shliach Rabbi Shmuel Kaminetsky and the shliach to Haditch and director of the campus near the Ohel, Rabbi Shneur Zalman Deitsch.

Throughout the day, visitors participated in tefillos, farbrengens and shiurim on the Alter Rebbe’s teachings, as well as meals in the central hall of Kiryat Rabbeinu Hagadol. A seder niggunim at the time of the histalkus was followed by a central farbrengen with mashpia Rabbi Chaim Sholom Deitsch and other rabbonim and shluchim.

“It’s amazing to see the increase in the number of visitors who travel to daven at the Alter Rebbe’s Ohel, from all sectors of Klal Yisroel,” remarked Rabbi Shneur Deitsch.

“This year, we merited to rededicate a beautiful shul, which was renovated by architects from Eretz Yisroel,” he added. “A yeshiva was founded a few months ago which will operate throughout the year, where students will learn the Alter Rebbe’s Torah on a regular basis.”

Construction was recently completed on two floors of bedrooms, which will be available to host groups for conferences and other visitors.

“We are also in the midst of developing and preserving the Jewish cemetery around the Ohel after years of hundreds of graves being desecrated and not receiving their due honor,” said Rabbi Deitsch. “As of now, we have completed building a fence around the cemetery.”

“In the zchus of the tefillos offered here, may the Baal HaHilula advocate on behalf of Klal Yisroel for all that is good,” he concluded.