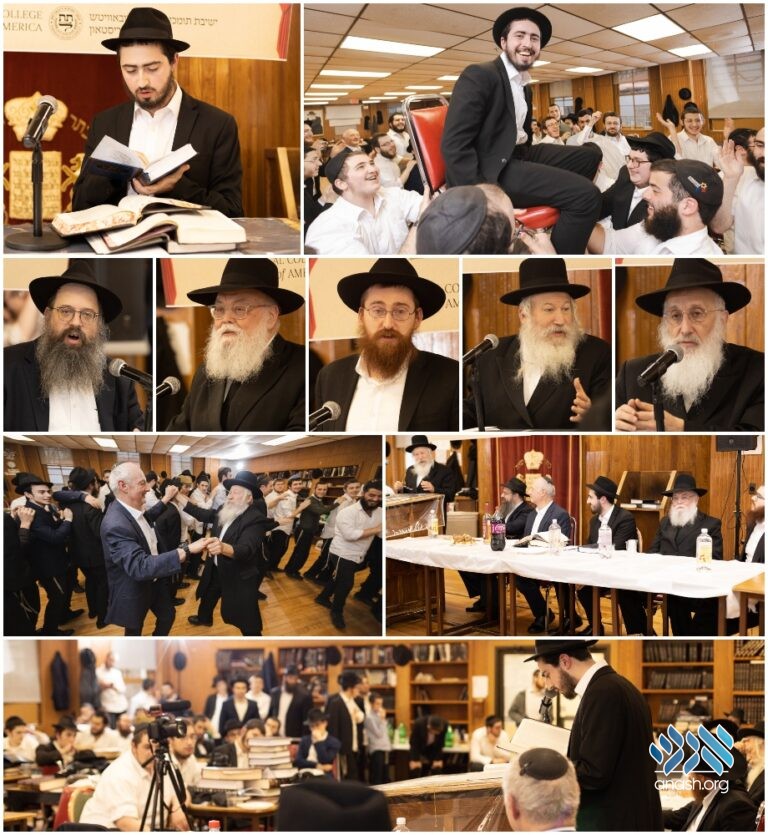 A celebration in Morristown Yeshiva this week marked an awe-inspiring accomplishment: The conclusion of Talmud Bavli and Talmud Yerushalmi by a bochur who had just turned 22.

It wasn’t your average celebration in Morristown Yeshiva this week, as a bochur completed Shas Bavli and Yerushalmi, a momentous milestone by all standards.

The awe-inspiring achievement, the fruits of a complete dedication to limmud haTorah, was attained by Don Moshe Coleman, a current shliach and former student in the yeshiva.

Don began his journey of study while a student in the Morristown Yeshiva, which is under the capable leadership of New Jersey Head Shliach Rabbi Moshe Herson. After returning for another year to serve as a shliach, he continued his studies, and completed Shas Bavli and Yerushalmi. He then went on to review both Bavli and Yerushalmi, and completed them this week, in time for his 22nd birthday.

The entire yeshiva gathered for the celebration, a grand seudas mitzvah held on Thursday in the Zal of Tomchei Temimim Morristown.

Opening the event was Rabbi Chaim Schapiro, Menahal of Tomchei Yeshiva, who highlighted the monumental achievement.

Rabbi Leibel Schapiro, Rosh Yeshiva of Miami, where Don Moshe was previously a talmid, addressed the siyum via live hookup.

On the completion of the kaddish, the crown broke out in wishes of mazal tov and dancing in honor of the special simcha.