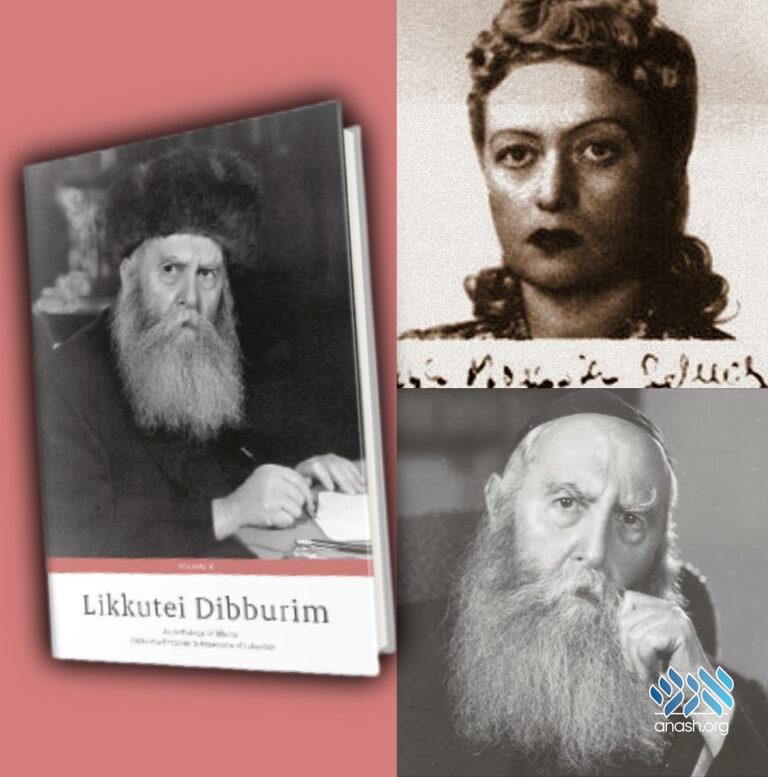 There is not much known about Rebbetzin Chaya Mushka due to her modest lifestyle. So, the personal stories and anecdotes that people share are invaluable as they allow us to get a glimpse of her majesty conjuring an image of the Rebbetzin’s royalty and grace. This enables us, her children, to become more acquainted.

From the Rebbe Rayatz‘s manuscripts, Likkutei Dibburim, one can learn much about his family life, particularly adding dimension to what we know about Rebbetzin Chaya Mushka. With her steadfast humility and loyalty, Rebbetzin Chaya Mushka stood at her father’s side through his imprisonment in Kostroma and was a pillar of encouragement in his life-work.

As you read Likkutei Dibburim, the special bond between the Rebbe Rayatz and his beloved daughter, Rebbetzin Chaya Mushka is evident. Each word penned exudes warmth and respect between parent and child.

One such instance is the Rebbe Rayatz’s account of when the Schneersohn home was under search before his arrest:

“They began their search in the room of my daughters, Chayah Mussia and Sheine, and asked them: “What party do you belong to?”

“We belong to our father’s party,” they replied; “we are nonpartisan daughters of Israel. We are fond of the old ways of our Patriarch Israel, and detest the new aspirations.”

…. I cannot deny that I found it pleasing to hear the way she spoke so sensibly, in such a decisive voice, and with such coolheaded (though simulated) calm.”

This chapter is an excerpt and preview viewing of the revamped Likkutei Dibburim edition.

Likkutei Dibburim is an anthology of heart to heart enriching talks and memoirs from the Rebbe Rayatz. The set of seforim encompasses insightful depth interwoven into a collection of Chassidic experiences. Reading through the Rebbe Rayatz’s words gives the reader a glimpse of the candid experiences and raw emotions pulsating through the Rebbe Rayatz’s veins. Each heart luring anecdote is sprinkled with gems of brilliance and depth. The pages are filled with pivotal and monumental Chassidic moments intertwined with Chassidic principles and stories.

Due to the popular appeal of its contents, Sichos in English is working to remodel the Likkutei Dibburim anthology taking the wisdom filled manuscripts and compiling them into a sleek and reader friendly series. The updated series will include seamless navigation with a clear index, subject headings, and reader friendly text.

Also, The Making of Chassidim, a letter from the Rebbe Rayatz to the Rebbetzin, can be purchased at a discounted rate in honor of this auspicious day.