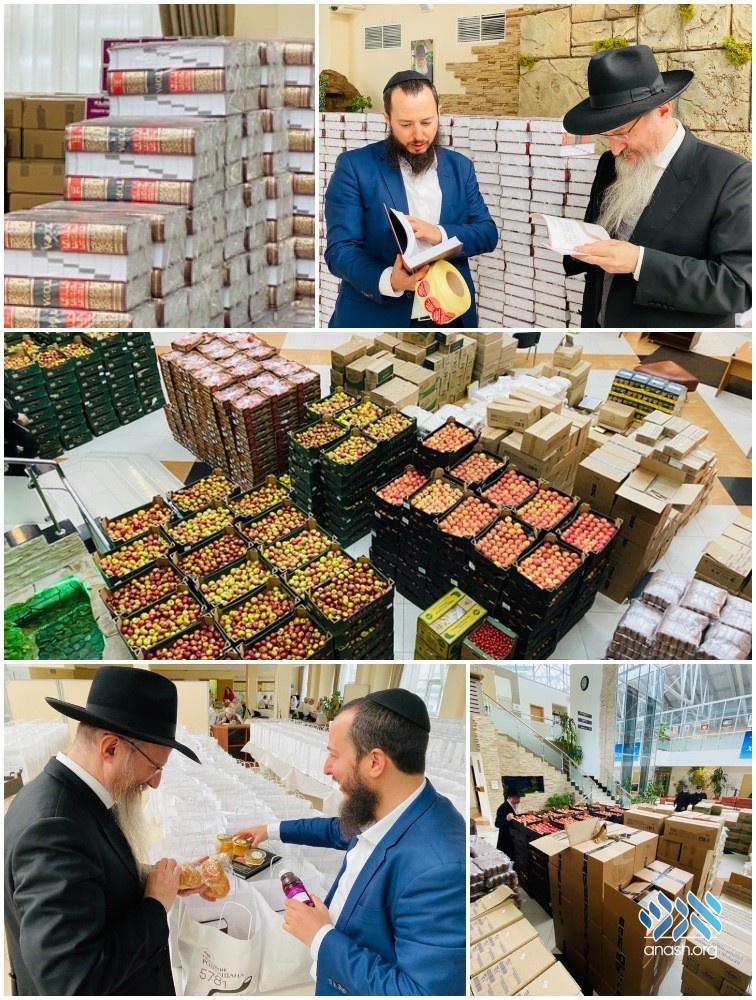 The Jewish Community of Moscow is in midst of preparing tens of thousands of Yom Tov packages to bring Rosh Hashana to every Jewish home in Russia. Besides for foodstuffs, the packages will contain Torah study materials as well.

Along with the spiritual preparations among the hundreds of Jewish communities in Russia in preparation for Rosh Hashanah, the physical side has not been neglected either. During the past weeks, a special and wide-ranging Yom Tov distribution is being arranged to bring holiday joy to tens of thousands of Russian Jews.

The initiator of the project, the Chief Rabbi of Russia, Rabbi Berel Lazar, came to the Shaare Zedek Jewish Chessed Center in central Moscow to get a personal look at the preparations. He expressed his great appreciation to the organizers for the exemplary fashion of the distribution, allowing needy families to celebrate in a honorable manner.

Contained in each package was customary food for Rosh Hashana, such as challah, fish, meat products. Included as well was a Chumash translated into Russian, which was just recently reprinted just for this distribution. The packages will reach over 20,000 homes in Russia, allowing each one a chance to celebrate the upcoming Yom Tov.

The distribution was arranged by Rabbi Shneur Halperin, director of ‘Tzach’ in Moscow.