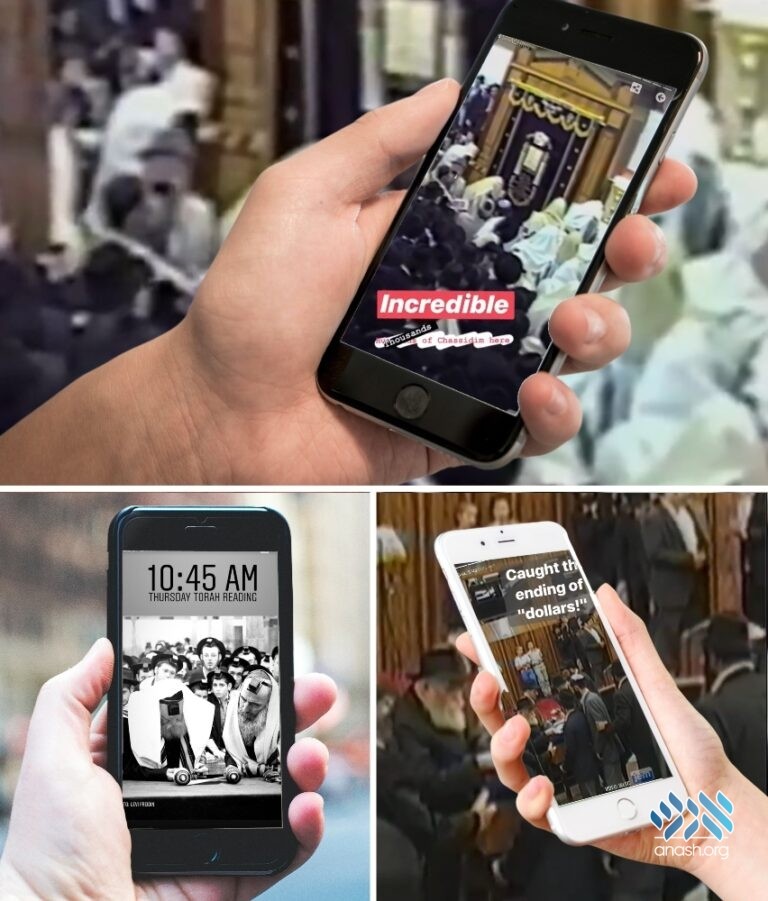 After presenting Tishrei 5749 in a vlog format a number of years ago, JEM’s “Shalom B.” is back, sharing his experience of Tishrei 5746 with the Rebbe on Instagram, WhatsApp and a dedicated website.

Almost as if he walked out of a time machine, vlogger Sholom B. will once again be sharing his experience of Tishrei at the Rebbe. He’s not using faxes or carrier pigeons: he’ll be engaging his followers on Instagram, WhatsApp and a dedicated website.

Tishrei 5746 was an exciting time to be in Lubavitch. The court case about the Chabad Library was in high gear, and the Machne Yisrael Development Fund had just been established, bringing guests of all kinds to 770.

Sholom takes his followers along with him everywhere he goes—from shacharis to kos shel bracha, he’s there with his prehistoric iPhone, snapping away and taking everything in. This year’s calendar dates of the Yomim Tovim align with those of 5746, making the experience even more contemporary.

The bustling crowds come alive, with Sholom giving a play-by-play window into spending the high point of the year with the Rebbe.

The creators of the project explain that for today’s youth—and many people of all ages—simply scrolling through galleries of pictures or watching videos cannot give the feel they’ve become accustomed to in the 21st century.

Previous years’ feedback, they say, was incredible, with many commenting how they were finally able to relate to the happenings in 770. Even some who were there themselves noted how following the vlogs brought them back to those special times.

Sholom says that he’ll be vlogging even more than last year, and invites you to join him for Tishrei in the Moment via Whatsapp, or @jewish_media on instagram.

This program is being funded by the members of the JEM foundation.