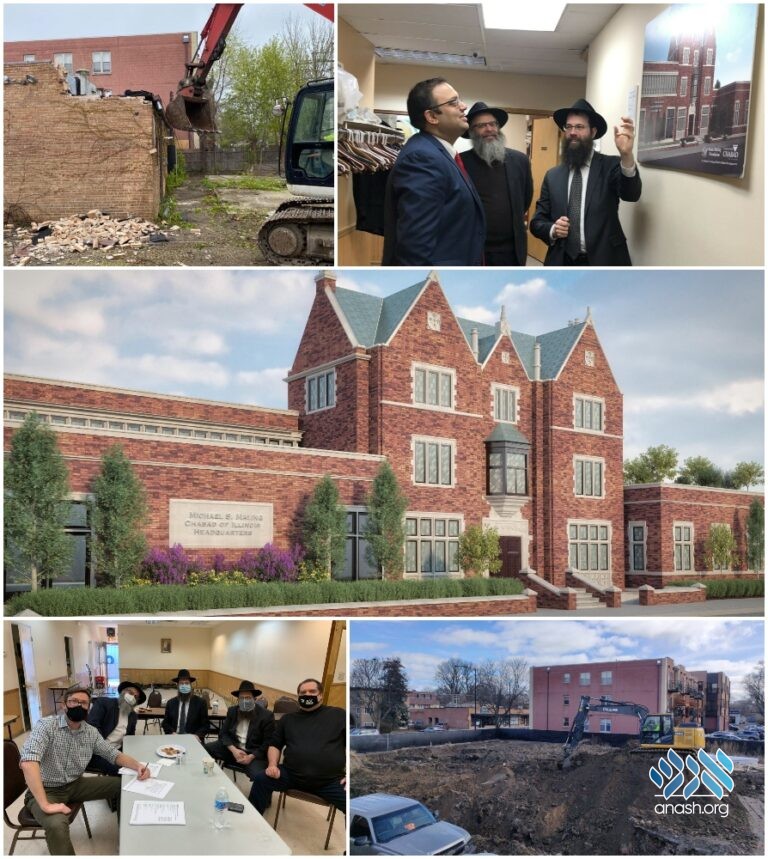 Pre-construction work began this month for the new headquarters of Chabad Lubavitch of Illinois, which will be modeled after 770 in Crown Heights.

Chicago, Illinois, will soon be joining nearly 40 other locations around the world with a 770 replica of its own.

The replica, the first for the state, will house new headquarters of Lubavitch Chabad of Illinois, under the leadership of Rabbi Meir Moscowitz and Rabbi Yosef Moscowitz. The headquarters will incorporate a Museum of Jewish Life, Shluchim Research Institute and a wide range of shluchim services and resource offices. Also housed in the building will be the Bais Menachem Chabad Center, led by Rabbi Baruch Epstein and Rabbi Eliyahu Rapoport.

Originally conceptualized by Illinois Head Shliach Rabbi Daniel Moscowitz, the building was almost a decade in the making and finally set off this month after years of work. Tractors arrived and began demolishing the existing structures on the property, and a groundbreaking is planned in the days near the Rebbe’s 120th birthday on Yud Alef Nissan.

“Over the past few years, we have been working to get the project off the ground, and we were met with one delay after the other in getting the various permits we needed,” Rabbi Epstein told Anash.org. “Baruch Hashem the project has now begun, and we plan to have it completed by Yud Alef Nissan 5783, the end of the Rebbe’s 120th year.”

Replicas around the globe vary in how exact they are to the original, as well as the use and purpose of the buildings. The Chicago replica will spread over 18,000 square feet, with the full 3-story replica in the center, and extending to both sides with the classic 770-style red bricks.

“This project will bring my father’s dream to reality,” Rabbi Yosef Moscowitz, Executive Director of Lubavitch Chabad of Illinois said. “In addition, the new regional headquarters will take the “nerve Center’ of Jewish outreach and inspiration throughout Illinois to new levels.”