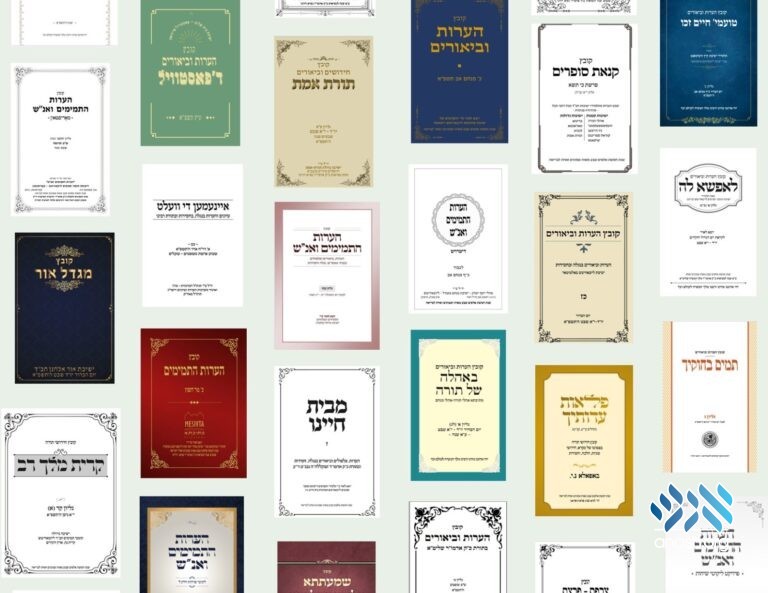 This year, over 45 Chabad yeshivos and organizations around the world published over 230 kovtzim, with a grand total of over 18,000 pages of chidushei Torah printed.

This year marked 50 years since the beginning of a historic mivtza of the Rebbe.

On Tu B’Shvat 5731, the Rebbe called for chassidim in general and bochurim in particular to have an added koch in limud haTorah.

Throughout the years, the Rebbe asked that this koch be expressed not only by learning Torah with renewed energy, but that the learning should be taken to another level entirely. To that effect, the Rebbe requested that yeshivos print periodical kovtzim containing the work of their students, their thoughts and chidushim.

The main objective of these kovtzim was to bring vitality into the students’ learning, and to empower each bochur to discover a part of Torah which he could call his own.

This year, a tremendous number of kovtzim were printed. Over 45 yeshivos and organizations published over 230 kovtzim, with a grand total of over 18,000 pages of chidushei Torah printed.

For some yeshivos, this year’s kovetz was their first, while for others it was the revival of an annual publication that had been discontinued years earlier. For yet others, the kovetz was the continuation of an undisturbed tradition for decades.

The range of mosdos that participated varied from elementary schools, mesivtos, zals and kolalim, to chabad communities and shluchim around the world.

This year, a group of bochurim, with great dedication and commitment to the Rebbe’s inyonim, enthusiastically launched several new series of weekly and biweekly kovtzim.

A kovetz of chidushim in the Rebbe’s Torah is prepared by the bochurim of 770. A kovetz is published on the weekly sicha of Project Lekkutei Sichos, in response to the enthusiasm of thousands of anash and temimim worldwide who have joined the project.

Yeshivos from around the world participate in weekly kovtzim which compile their students’ chidushim: a kovetz for English speaking yeshivos, named ‘Kinas Sofrim’, and another for yeshivos in Eretz Yisroel, named ‘Einnemen Di Velt’.

In addition to the above mentioned kovtzim which are printed in weekly pamphlets, many yeshivos have printed complete seforim of their students’ chidushim and pilpulim.

Earlier this year, a project was launched with the goal of collecting all kovtzei heoros printed to date and making them available to the public.

After much time and effort a database of thousands of kovtzim has been compiled, which can be viewed at www.kovtzimdrive.com

Although many kovtzim have been gathered, a large number are still missing. We ask anyone who has worked in a mareches heoros ubiurim or has a kovetz that is not yet on the site to please contact us at [email protected]

To view all of this year’s kovtzim click here.

Yeshivos and organization who have published kovtzim this year: