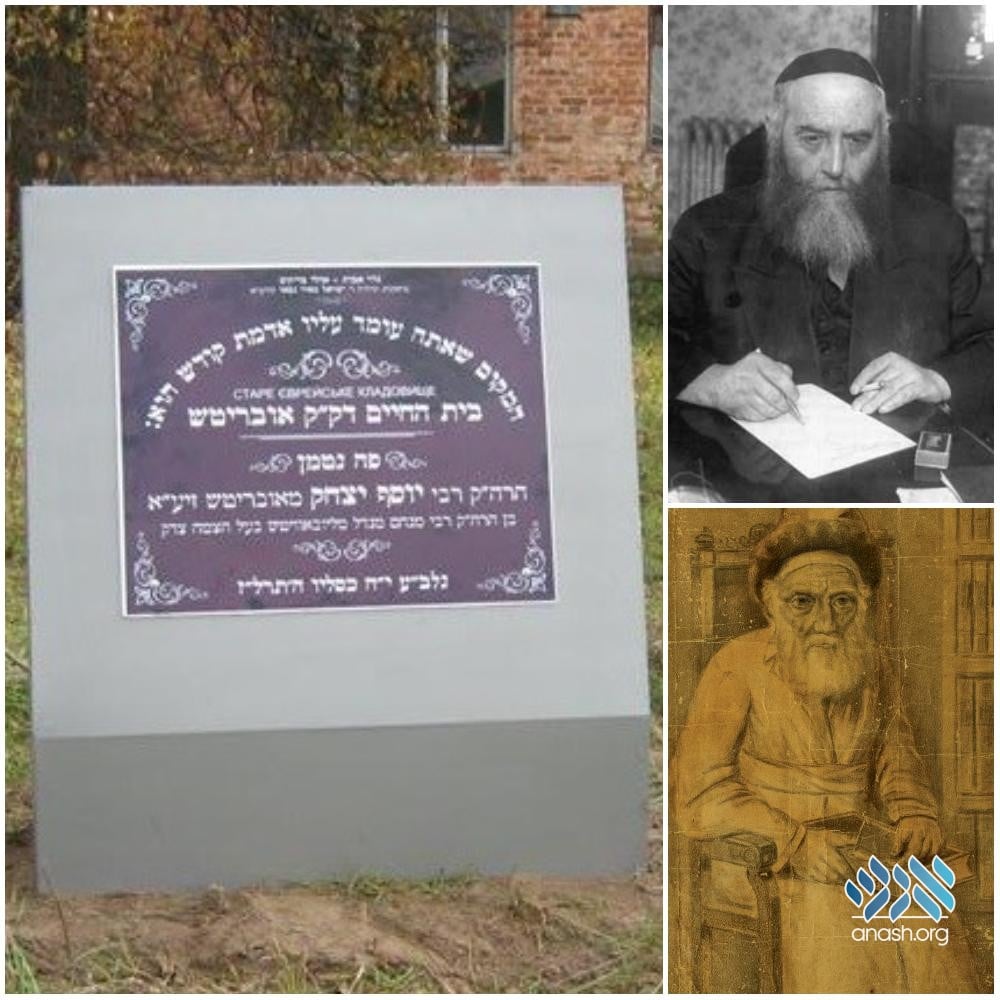 The 18th of Kislev is the yartzeit of Rebbe Yosef Yitzchok of Avrutsch, son of the Tzemach Tzedek and father of the Rebbetzin Shterna Sarah, wife of the Rebbe Rashab and mother of the Frierdiker Rebbe.

He was the 5th of the Tzemach Tzedek’s sons and was named after Reb Yosef Yitzchok, son in law of Reb Boruch Batlan and uncle of the Alter Rebbe.

Rav Yosef Yitzchok married Chanah, daughter of the Cherkasser Rebbe, Reb Yakov Yisroel Twersky, who was a son of Reb Mottele Chernobler and a son in law of the Mitteler Rebbe. After his wedding he stayed in Cherkass, at the table of his shver.

Reb Yosef Yitzchok’s derech was in the way of Chernobel, and not Chabad.

He was known as a great baal mofes, with many people traveling to see him and be blessed by him.

In 5635/1875, Reb Yosef Yitzchok’s daughter married her cousin, the Rebbe Rashab, son of his brother the Rebbe Maharash. The Frierdiker Rebbe was named after his zeide.

During Tishrei of 5637/1876 he fell ill, and he passed away on the 18th of Kislev and was interred in Avrutsch. He was succeeded by his son Reb Nochem Ber, about whom the Rebbe Rashab said that “he serves Hashem truthfully and with a broken heart.”

In 5640/1880 the Rebbe Rashab and Rebbetzin Shterna Sarah had their first, and only son, who they named after her father – Yosef Yitzchak, who later grew up to be the Frierdiker Rebbe.