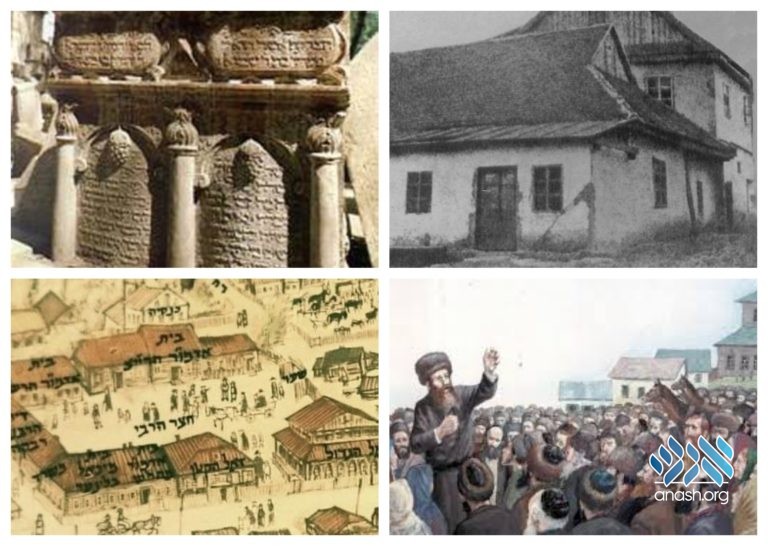 Chai Elul is the yahrtzeit of the MahaRal of Prague, Rav Yehuda Loew, in the year 5369/1609. He was the great-great-grandfather of the Alter Rebbe. In “Hayom Yom” the Rebbe writes that he passed away on this day, having lived 96 years, and was interred in Prague.

When they left, the Baal Shem Tov made a seudah for his talmidim and recited the ma’amar “ben sholosh shonim hikir Avrohom es boroi.” He told them: “The neshomoh from Poland that was here has just reached three years. At three years old he recognized his creator. He too will need to have great mesiras nefesh – like our ancestor Avrohom Avinu – to reveal to the world the derech avodah of achdus and hashgacha protis.“

On this day in 5573/1813, the Mitteler Rebbe – who had been in Kremenchug in Ukraine since the passing of the Alter Rebbe on 24 Teves – moved to and settled in the White Russian village of Lubavitch. The Alter Rebbe had studied there as a child, under the tutelage of the Maggid Reb Yisochor Dov. Lubavitch was chosen because of its geographic location, being far away from the hustle of the city, as well as being a place that would conducive to learning and davening and tikkun hamidos.

Lubavitch would serve as the capital of Chassidus Chabad for 102 years, until the Rebbe Rashab was forced to flee during World War I.

On Chai Elul, 5657/1897, learning began in the newly founded Yeshiva in Lubavitch.