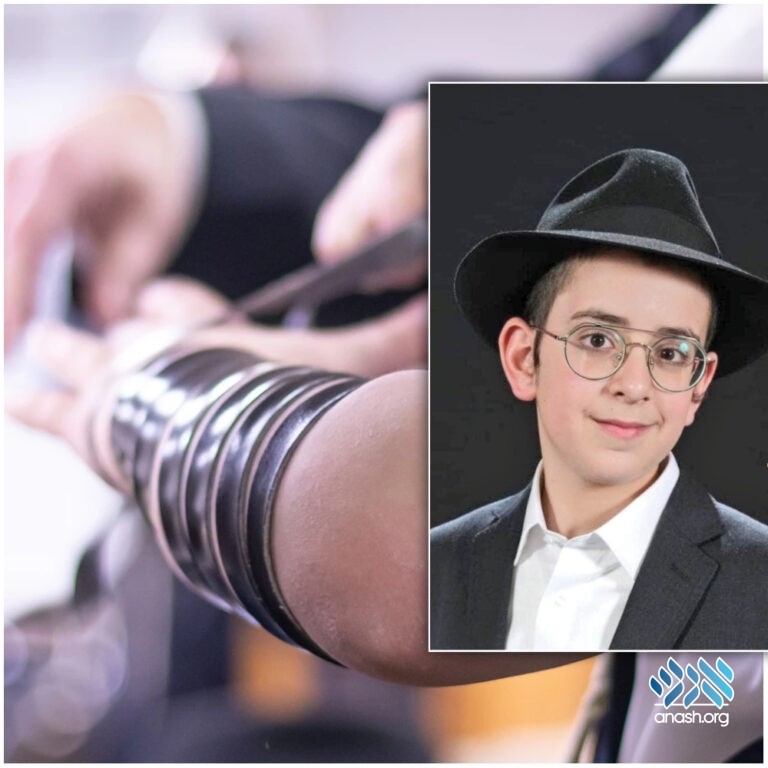 After a devastating accident coming home from mivtzoim. Berale Lipsh’s family has put together a tefillin campaign to get 14,000 Jews to put on tefillin before the shloshim on the 2nd of Elul.

Sholom Dovber Lipsh, went out like every Friday to his tefillin stand in the industrial area of ​​Kiryat Malachi. At the entrance to the Erin Marketing store, Berale, offered every passerby to put on tefillin.

This past Friday, when he arrived at the booth, he discovered that he had accidentally brought Rabenu Tam tefillin with him. He decided not to be discouraged and instead go back and get the correct set of Rashi tefillin.

After standing for a long time at his booth and providing the opportunity for dozens of Jews to perform the mitzvah of tefillin, his friends got ready to go home. Berale decided that he would stay longer to make up for the time he lost going to get the Rashi tefillin set.

Finally, after about an hour he went on his way to go back home with the tefillin hanging on his shoulders and a big smile on his face. As he crossed the crosswalk, he was hit by a car. Hatzalah rescuers were called to the scene and performed CPR immediately, but sadly he passed away.

Berale was 14 years old when he passed away. In honor of this, and in loving memory of Shalom Dov Ber ben Rabbi Yosef Yehuda, his family has taken it upon themselves to reach 14,000 Jews who will with the help of Hashem put on tefillin by the shloshim on the 2nd of Elul.

To be a part of this moving initiative, please choose a pledge, and give people the opportunity to put on tefillin in his loving memory. You can enter your pledge and help the family get closer to their goal of 14,000 by clicking here.