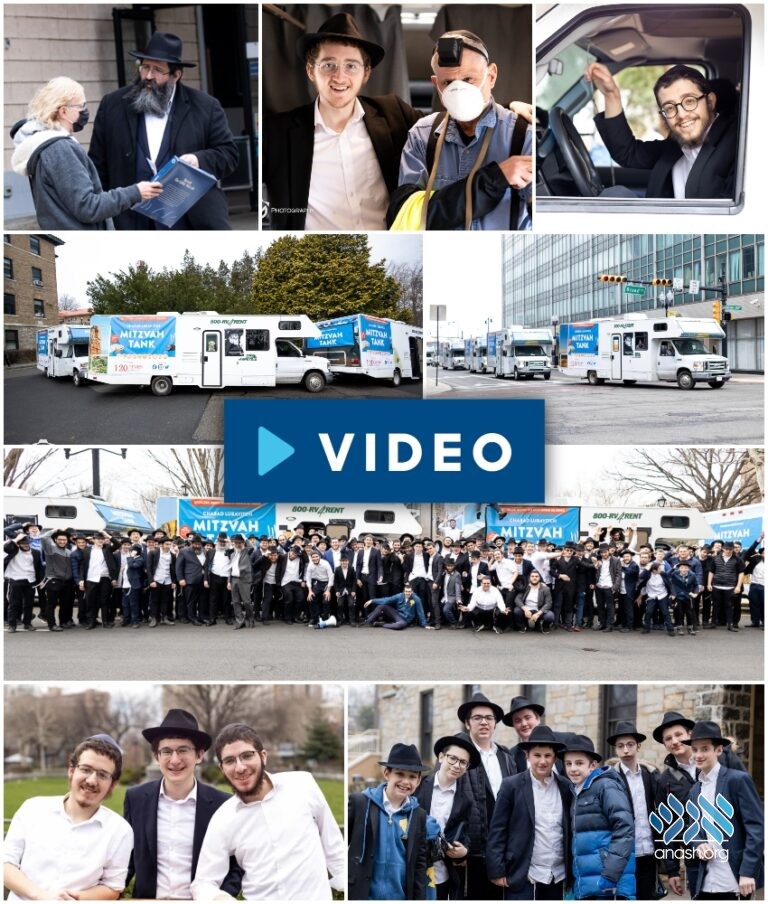 A 14 strong Mitzvah Tank parade drove through New Jersey honoring the Rebbe’s 120th birthday. Over 1,200 Matzah Boxes were distributed and hundreds of tefillin were wrapped by Bochurim of Yeshivas Tomchei Temimim Morristown.

As they arrived at Military Park, the center of Downtown Newark, the bochurim from the Yeshiva, drivers and children from the Cheder in Morristown all broke into a spontaneous dance, attracting hundreds of onlookers, many of them came over to put on Teffilin and inquire about the event.

“50 years ago when the Rebbe sent Rabbi Moshe Herson to New Jersey he started off in Newark and now we make a full circle for 120 years starting of the day full of Mivtzoim in Newark,” said Rabbi Mendy Herson.

The crowd was then addressed by Rabbi Avraham Minsky, Shliach to Newark, who then introduced Mr. Marty Weber a Newark business owner who spoke about the significance of our work and our connection to our Rebbe.

From there the Tanks went to Montclair, Hoboken, West Orange, Basking Ridge, Short Hills, Westfield, Milburn, Summit, Morristown, Newark and Jersey City, where the Tanks opened their doors welcoming Yidden to do a Mitzvah and went around handing out Shmura Matzah.

As the tanks arrived at their locations, the weather couldn’t have gotten better, and enabled hundreds of Jews to hop on a Mitzvah Tank, said one of the parade organizers.