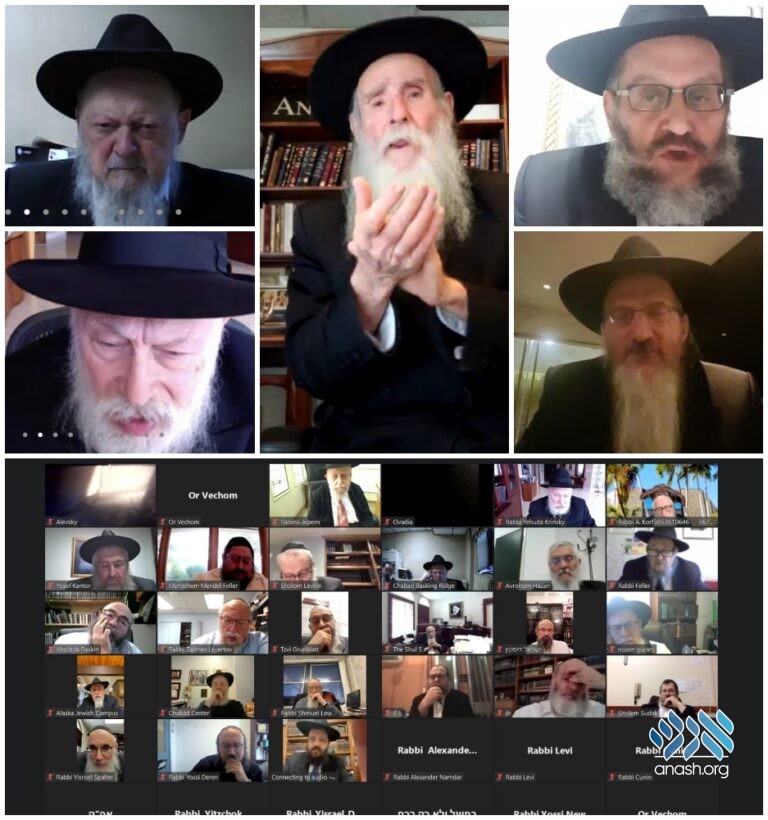 An historic global initiative was launched on Thursday at a meeting of 50 senior shluchim from around the world: In honor of the Rebbe’s 120th birthday, 1,210 new mosdos will be established until 11 Nissan 5783.

In preparation for the Rebbe’s 120th birthday, over 50 senior shluchim convened on Thursday for a virtual kinus. At the gathering, a groundbreaking resolution was taken to establish 1,210 new mosdos – institutions – by Yud Aleph Nissan 5783, parallel to the Rebbe’s call on his 70th birthday for the establishment of 71 new mosdos. This initial meeting was organized by Iggud Hashluchim.

Rabbi Yehuda Krinsky highlighted the importance of this initiative, and clarified that ‘mosdos’ are not limited to brick and mortar buildings or new shluchim, but also includes fresh initiatives. He added that a detailed booklet would be published listing the Rebbe’s exact criteria of a mosad-institution. Rabbi Shlomo Cunin shared firsthand recollections of his experience as a member of the Committee for 71 New Mosdos. A number of countries and states have already pledged a sizable number of initiatives, and it was decided that all of the mosdos be pledged by Yud Aleph Nissan this year, to be implemented over the course of the year.

In the upcoming weeks, more information and details will be announced, additional meetings will take place, and a dedicated website will be launched. This project has been spearheaded by Vaad Or Vechom HaHiskashrus, a division of Iggud Hashluchim, in addition to other ventures being planned for Chassidim worldwide, in the realm of increasing Torah study and Hafotzas HaYahadus in honor of this milestone celebration.