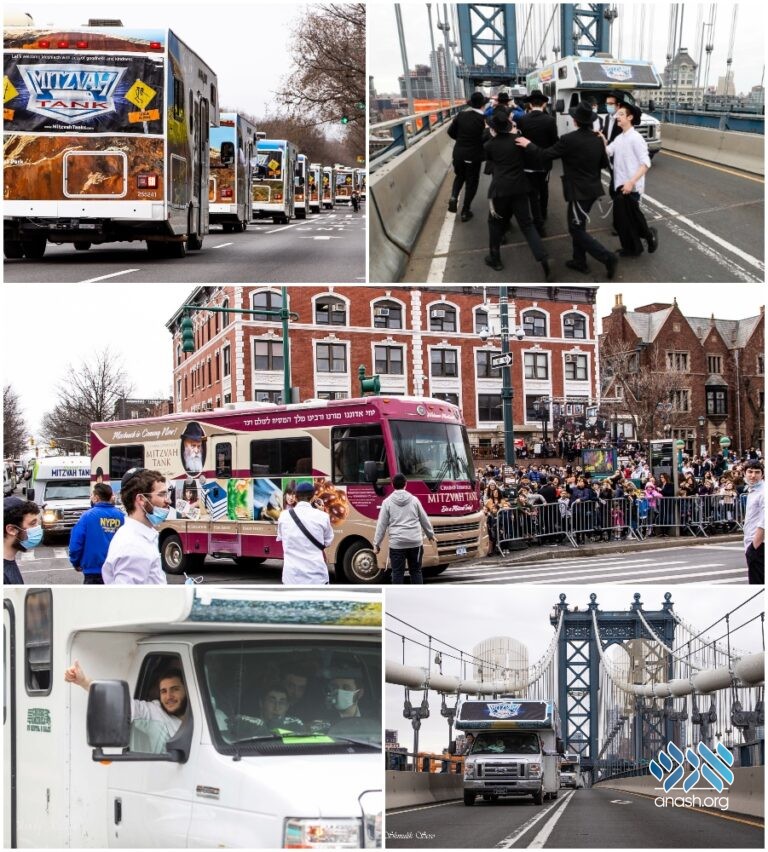 The Rebbe’s 120th birthday on Yud Alef Nissan will be marked with the largest Mitzvah Tank Parade in history, with 120 Tanks spreading the Rebbe’s message across New York.

The largest Mitzvah Tank Parade in history, with 120 Tanks participating, will take place this Yud Alef Nissan, to mark the Rebbe‘s 120th birthday.

As Yud Alef Nissan approaches, chassidim around the world are preparing gifts for the Rebbe, each according to his ability. One such gift, which is being organized by a group of bochurim in 770 together with the Mitzvah Tank Office under the auspices of Tzach, is the largest Mitzvah Tank Parade in history, which will take place in New York.

The Mitzvah Tank Parade will be continuing a tradition of nearly 5 decades, with the annual Yud Alef Nissan parade a highlight of the year in Crown Heights. Tens of tanks parade out on the morning of the Rebbe’s birthday, as residents and guests line up on the local streets to see them off. The Tanks then parade through Brooklyn and Manhattan, before heading out to different points across New York for mivtzoim and to spread the Rebbe’s message.

In previous milestone years, such as the Rebbe’s 90th and 100th birthday, a corresponding number of tanks formed a parade. This year, however, the parade will be like none the world has ever seen. In what is sure to create a media firestorm, as well as bring wide awareness to the Rebbe’s birthday and Pesach, no less than 120 Mivtzah Tanks will conquer the streets of New York City.

Besides for the sheer number of Mitzvah Tanks, the parade will also be completely revamped, with a completely new design, screen trucks, and many many more brand new ideas including ways to interact with as many people as possible.

“This Yud Alef Nissan, the Mitzvah Tanks will conquer the entirety of New York City,” one of the organizers told Anash.org.

Preparations for the historic parade are already underway, and more details will be announced over the coming days and weeks.