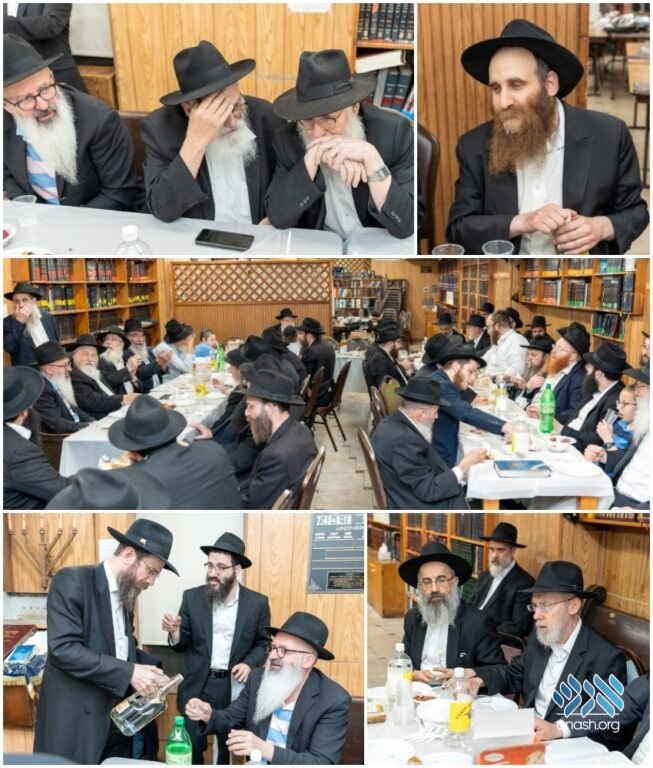 A chassidishe farbrengen was held on Sunday night at Lefferts Shul to celebrate Yud Beis Tammuz, the chag hageulah of the Frierdiker Rebbe, led by Rabbi Yisroel Noach Raichik.

A chassidishe farbrengen was held on Sunday night to mark Yud Beis Tammuz, the birthday and the chag hageulah of the Frierdiker Rebbe.

The farbrengen was held at Beis Eliyahu Nachum Ave, 672 Lefferts and was led by Rabbi Yisroel Noach Raichik, a magid shiur and mashpia in the 770 yeshiva and Oholei Torah.

The Frierdiker Rebbe was released from Soviet Exile on 12 Tammuz 5687, following his imprisonment for disseminating Torah in the Soviet Union. Since then, Chassidim have celebrated the day as a chag hageulah, marking the victory of Torah and Mitzvos.