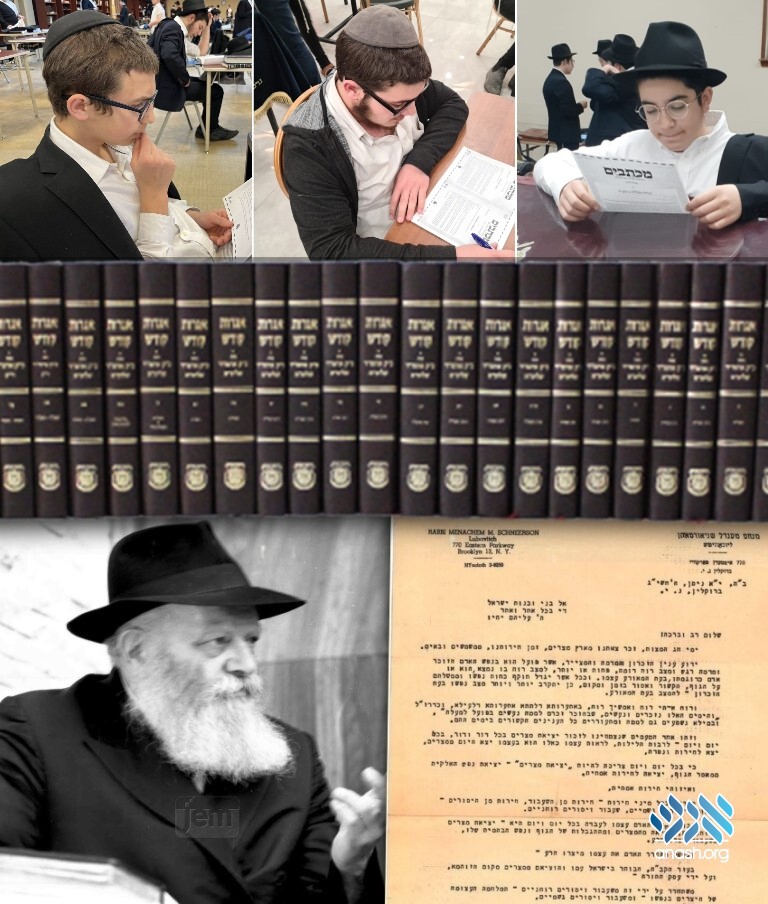 Since its launch on Yud Shevat, over 50 Yeshivos and many Anash communities have joined the global initiative of learning the Rebbe’s letters in preparation for Yud Aleph Nissan.

In addition to the personal and communal gifts that Bochurim are preparing for the upcoming milestone of Yud-Aleph Nissan – 120 years, many Yeshivos throughout the globe have taken on a grand commitment of learning 120 letters of the Rebbe — one or two a day — throughout the three months, from Yud Shevat until Yud Aleph Nissan.

Since its launch at the Kinus Hatmimim on Yud Shevat, over 50 Yeshivos have signed up to partake of this historic and global initiative. Many Anash communities and schools have also joined, as well as hundreds of people who have been receiving the daily letter through the Vaad Hatmimim WhatsApp broadcast.

This week, Bochurim around the world are learning letters on the topic of Avodas Hatefilla. In previous weeks the Bochurim learned about how to interact with their friends, how to properly influence another, the concept of Emunah and Bitachon, the importance of a Chassidishe Farbrengen, and the topic of Shlichus. Upcoming topics include; Shmiras Hasedorim, Chitas, writing to the Rebbe, and more!

Many of the Talmidim Shluchim were happy to report that their entire Yeshivah is learning the letter every single day! One Shliach described the atmosphere that Michtavim brought to his Yeshivah: “Everywhere you go in Yeshivah, be it the dorm or the dining room, you can find the Bochurim discussing that day’s letter, eagerly waiting to see what tomorrow’s letter will be.”

You can ALSO receive the daily letter now by signing up here to the Vaad Hatmimim Whatsapp status.