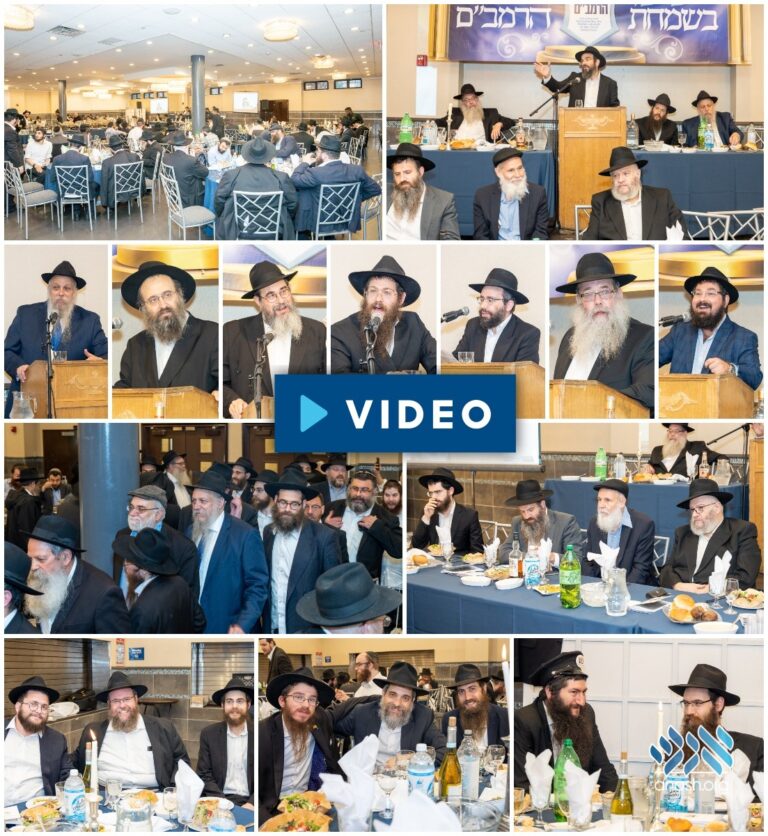 The siyum was addressed by Rabbi Yosef Braun, a member of the Crown Heights Beis Din and Rabbi Chaim Wolosow, Shliach in Sharon, MA, Rabbi Yossi Paltiel, and several maggidei shiurim. Following the official program, a farbrengen was held with bochurim shluchim to Morocco who initiated Limud HaRambam in 5744.

Participants enjoyed a lavish catered meal be served by Cohen Caterers. A beautiful teshurah were distributed to all participants.