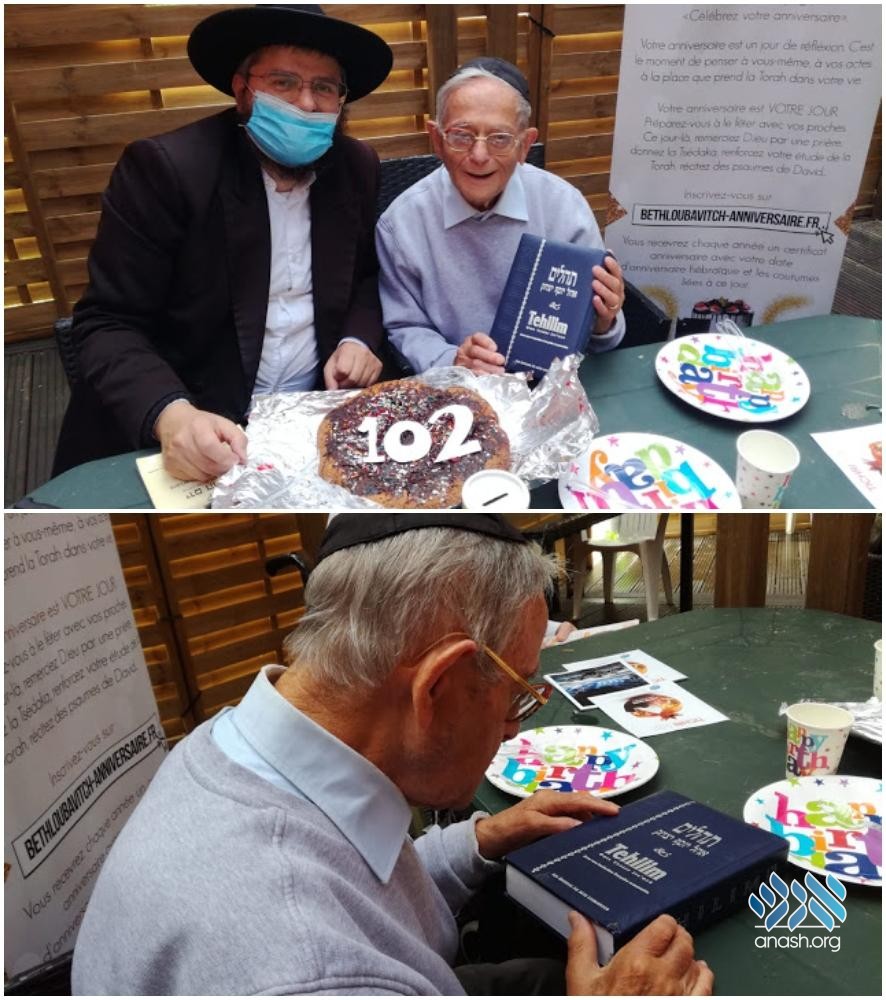 This doesn’t happen too often: A French Jew came to celebrate his 102nd birthday on Thursday with shliach Rabbi Mickael Chavouat. The rare event was marked with a modest party and a birthday gift.

Once in a century…and two years.

On Chol Hamoed Sukkos, a special occasion was celebrated in a Parisian Chabad House, when an elderly French Jew came to celebrate his 102nd birthday.

The birthday boy was invited by shliach Rabbi Mickael Chavouat. Rabbi Chavouat is in charge of Mitzva Yom Huledes in Paris, and dedicates his time to making sure Yidden mark their birthday in the way the Rebbe suggested and requested.

In his position, he attends hundreds of birthday gatherings per year. Nevertheless, this one was unique. After all, it’s not every day that someone turns 102…

To celebrate the birthday, the shliach and the birthday boy shook lulav and esrog, gave tzedaka, and even had a birthday cake decorated with sprinkles, and a large ‘102’ prominently displayed. Nor was a birthday present forgotten either. The shliach presented the elderly Jew with a beautiful Tehillim with French translation, encouraging him to say his kapital, chapter 103 in Tehillim.