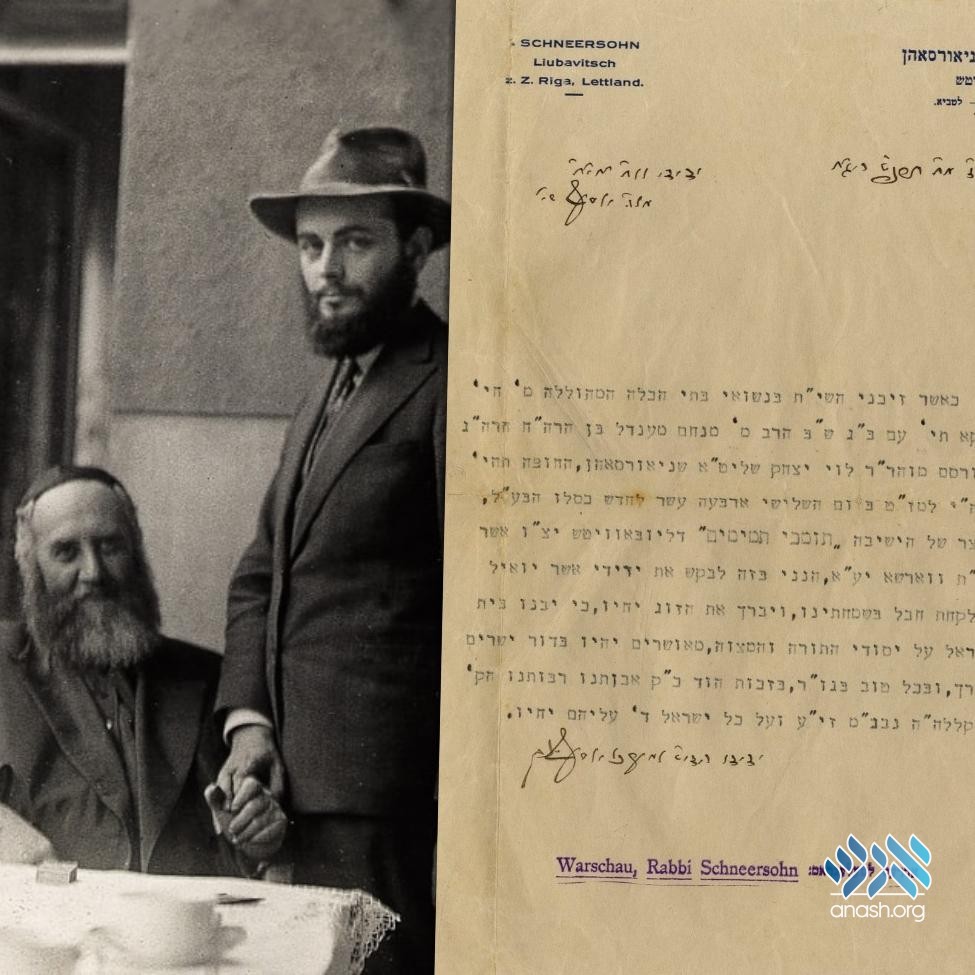 An original invitation to the wedding of the Rebbe and Rebbetzin, signed and addressed by the Frierdiker Rebbe, is being auctioned off on Monday, the 92nd anniversary of the wedding.

Exactly ninety two years after the marriage of the Rebbe and the Rebbetzin‘s in Warsaw, Poland, an original invitation to the wedding is being offered for auction.

The Rebbe and Rebbetzin’s wedding was held amidst grand celebrations in Warsaw, Poland in 5689. Lubavitcher chassidim and others joined with Rabbonim and gedolei yisroel to join in the week-long celebrations marking the wedding.

In the weeks preceding the wedding, the Frierdiker Rebbe sent out invitations, informing chassidim of the upcoming wedding and inviting them to take part in it.

The invitation was not sent with one standard text. Instead, the Frierdiker Rebbe prepared several texts, each sent to a different group. Many communities received one letter addressed to the all chassidim in the town, others, unable to attend, were sent a letter urging them to rejoice from afar.

Few were the chassidim that received personal invitations, and fewer yet were those who received one upon which the Frierdiker Rebbe personally wrote their name. In fact, in the introduction to Igros Kodesh Admor Harayatz Vol 2, Rabbi Berel Levine writes that only three copies of such invitations reached the Rebbe’s library.

On Monday, Yud Daled Kislev, the 92nd anniversary of the wedding, one of these rare invitations in the last category is being auctioned off by the Winner’s Auction House in Yerushalayim. The invitation is addressed to “Yosef”, and the auction house offers no further details on the recipient of the invitation.

Typed on the Frierdiker Rebbe’s stationary, the invitation also has 15 words in his handwriting, including the date, name of recipient and a few words before the signature.

The starting price for the invitation is set for $10,000, and the auction house expects it to sell for a few thousands dollars more than that.