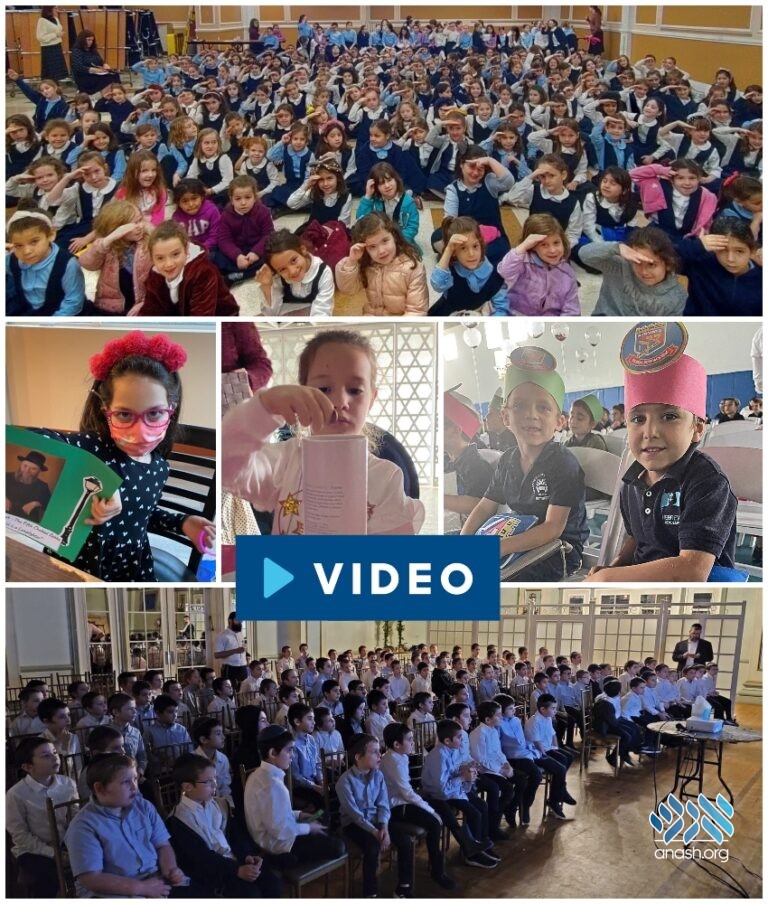 Over 10,000 boys and girls joined Monday’s Tzivos Hashem rally, held on the birthday of the Rebbe Rashab. Children learned the meaning of being a lamplighter and how to dispel darkness with light.

What does that mean? What are these weapons of light and how do they impact the world?

On Chof Cheshvan we celebrated the birthday of the Rebbe Rashab. We all know his famous saying that a chossid is a lamplighter.

At yesterday’s Tzivos Hashem rally, joined by over 10,000 children in their schools, all the soldiers of Hashem’s army learned what a weapon of light means and what it means to be a lamplighter.

“It’s incredible for each school not to have to worry about putting together a program for Chof Cheshvan.,” Rabbi Shmuel Turk of Tomchei Temimim Ocean Parkway says. “We don’t have the budget, time, or resources to make such a captivating program and really appreciate the amazing resources the talented staff at Headquarters provides.”