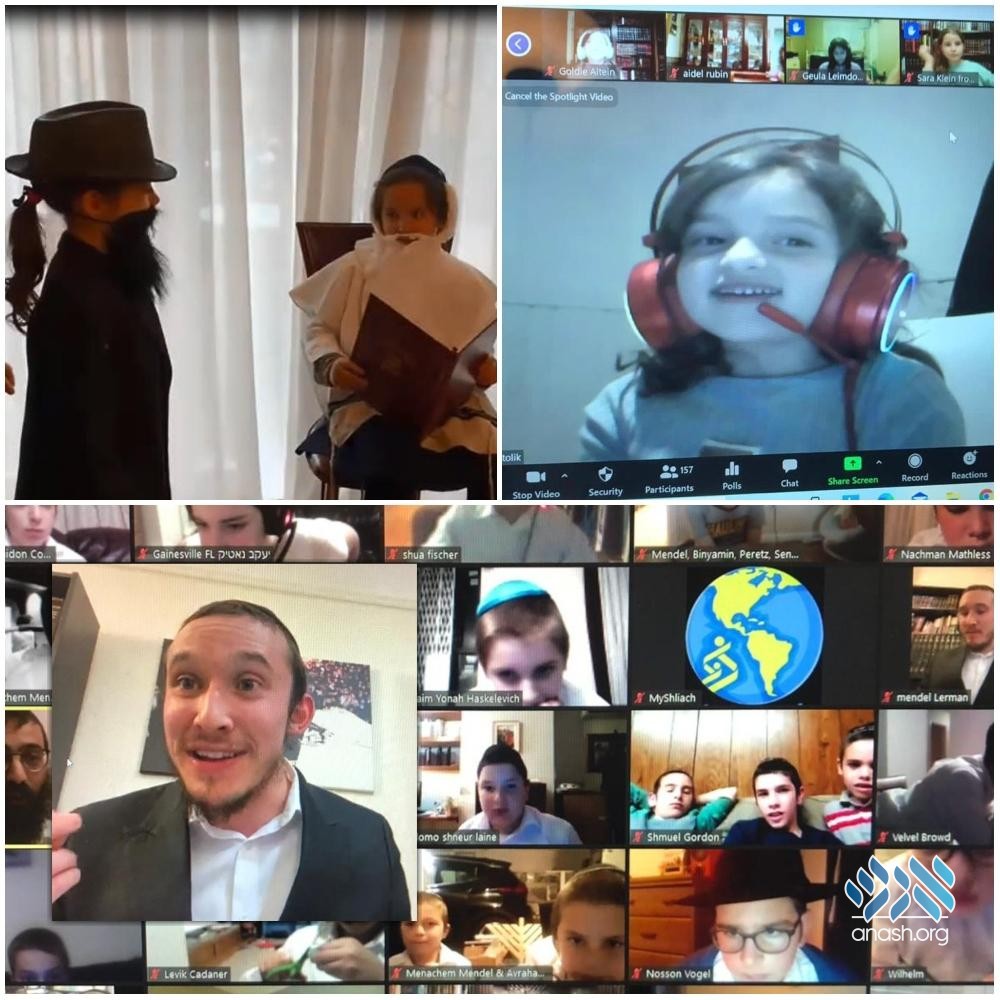 Over 1000 young shluchim participated in one of the four Yud Tes Kislev farbrengens organized by MyShliach of Merkos 302.

Schneur Zalman Gordon, is a young shliach from Munich, Germany. For him, Yud Tes Kislev, the Chag HaGeula of his namesake carries particular meaning. The momentous Chabad calendar date is preceded by extensive hachanos, planning and programming.

Each year, along with hundreds of Yaldei Hashluchim around the world, Schneur Zalman eagerly anticipates MyShliach’s yud tes Kislev farbrengen. This year, he was one of the over 1000 children who participated in one of the four farbrengens organized by MyShliach of Merkos 302.

“I look forward most to the personal stories of shlichus and hiskashrus” says Schneur Zalman.

At MyShliach, great measures are taken to ensure that the Rosh Hashana of Chassidus is properly commemorated by the Yaldei hashluchim. This year was no exception. With a North American farbrengen for boys, a separate one for girls and corresponding farbrengens in Europe, MyShliach ensured that all were accounted for.

The expanded farbrengen programming was in addition to the popular Fabrengens in a Box. Farbrengen in a Box provides essentials for Yaldei Hashluchim to host their own farbrengens at home to mark important chassidishe dates. Ahead of Yud Tes kislev, over 250 boxes were sent, some reaching as far as England and Australia, enabling young Shluchim to celebrate in a fun and meaningful way.

It’s wonderful to have been able to expand and have even more children participate in our Yud Tes Kislev festivities.” says Rabbi Shaya Itkin of MyShliach, “Virtual farbrengens are old news at MyShliach. We wanted to build on our already fantastic program and make it more widely accessible. Baruch Hashem through our new European Farbrengens, we were able to do just that”.

The boys Farbrengen was led by Rabbi Lev Yaakov, Mashpia in Chovevei Torah who spoke about chassidus and it’s importance. Rabbi Mendel Lerman, MyShliach scholar in residence, followed with the Yud Tes Kislev story. A special highlight was hearing from Rabbi Zalmy Loewenthal, CKids director who is also deeply involved with Jewry in Iran. He shared fascinating insights about his shlichus working with Iranian Jews.

The engaging program was intricately planned to cater to the young shluchim audience. It continued with the 12 pesukim, enthusiastically recited by shluchim around the world compiled into a video presentation. The farbrengen wrapped up with the riveting story of miracles Rabbi Mendy Wilchansky experienced in his shlichus in Raleigh, North Carolina.

Equally stunning was the success of the girls farbrengens. Included in the schedule was a Yud Tes Kislev performance acted out by talented young shluchos. The girls put in tremendous effort and executed their roles perfectly. Participants heard from Shluchos, Mrs. Chaya Baron of Everett, MA and Mrs. Mussie Shaikevitz of Rome, Italy, as they each shared about their shlichus and miracle stories they experienced. Another great highlight was when Bassie Tenenbaum, a young Shlucha from Hewlett, NY shared about her Shlichus. All participants came away with renewed energy and appreciation for Chassidus and a greater understanding of the events of Yud Tes Kislev.

“The farbrengen was great! It was amazing to have something organized for our time zone”, said Mrs. Rivki Cheruff, shlucha to Birmingham, England, “Thank you to MyShliach and Merkos 302, we are so appreciative”.